Yesterday I bought this little dish from Vinnies 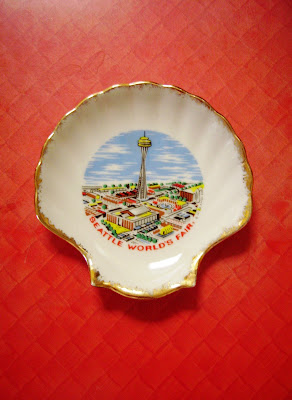 It only cost me one dollar but the little journey of discovery that it has taken me on is worth way more than that!
Not only did I find out lots of cool stuff about the 1962 Seattle World's Fair but I also came across an interesting story about a wonderful modernist home which was built by the principal architect of the fair, Paul Thiry. I'll get to that later...
Treasure has been a bit hard to come by lately (finding treasure is NOT a problem btw but paying too much for it is! all the things I've liked have been far too pricey so I've been a good girl and resisted temptation...so far!)
For that reason (and because I love modernist design) today I'm going to show you some of the little gems I found when I googled Seattle Worlds Fair... 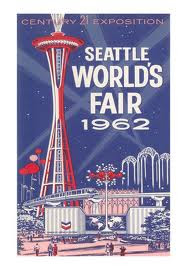 Image via surfacetoairmedia.com
I love this futuristic looking poster of the Space Needle. No wonder it was said to capture the hearts and minds of the nearly ten million people who went to the fair. Ten million people! For someone who lives in a state of just over two million people this is amazing!
Here's a pretty pic of the fair at night 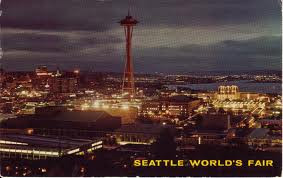 Even Elvis went to the fair, his 1963 movie "It Happened at the World's Fair" was filmed there. 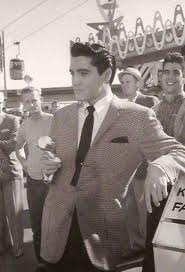 Image elvis-history-blog.com
(this is for you Scarlett)
﻿
And Prince Phillip was another visitor... apparently he wasn't overly impressed with the colour of the Space Needle and said that it "reminded him of the protective paint used on bridges" It was repainted a few years later but I'm not sure if this had anything to do with his comment!? 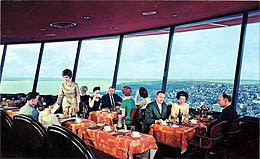 Eye of the Needle Restaurant, Space Needle 1962
I hope someone out there finds this interesting because guess what? there's more to come...My little plate also led me to the man known as a "warrior for modernism" (love that phrase!) Paul Thiry. For starters have a look at his beautiful weekender (yep I said weekender!) 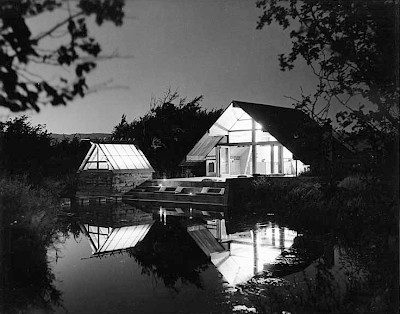 ﻿
I've got to show you the kitchen too 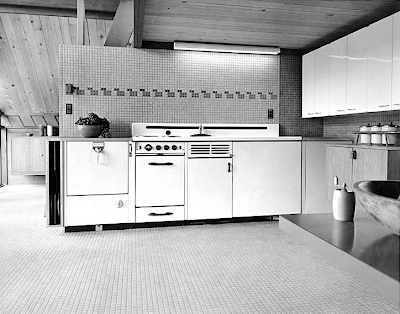 those tiles, well the whole space actually...sigh
Then I found this 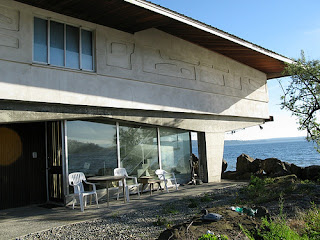 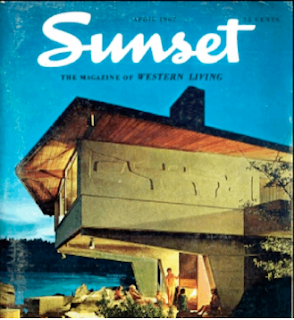 I can't find the words to describe how much I love this building! 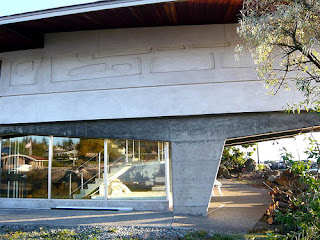 Is it your cup of tea?
Unfortunately and unbelievably this rather long-winded story of mine does not have a happy ending. This amazing home was for sale last year for one dollar!And it did NOT SELL! It was bought by developers who tried to find a buyer to relocate it, but were unsuccessful so it was demolished in April last year. Admittedly it was going to cost it's new owners more than 200 000 USD to move it, A LOT of money, but don't you think it was worth saving? I can't believe that something like this could be allowed to happen, but in saying that, even where I live wonderful buildings are demolished all the time (or wrecked with ugly extensions)
Last photo and then I'll climb down from my high horse 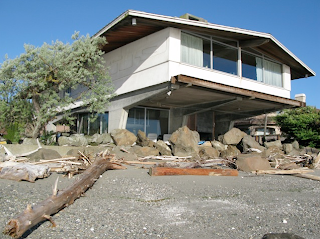 Images via http://thesundaytimesmarket.com/
This is an interesting blog about all things vintage and I wouldn't have found it without my little plate.﻿
I know this isn't really what you'd call a paperchase but I really enjoyed learning about something I had no knowledge of before...maybe you did to. Thanks for hanging-in-there with me.
Back to normal programming tomorrow. Promise.
At LAST, a tea towel 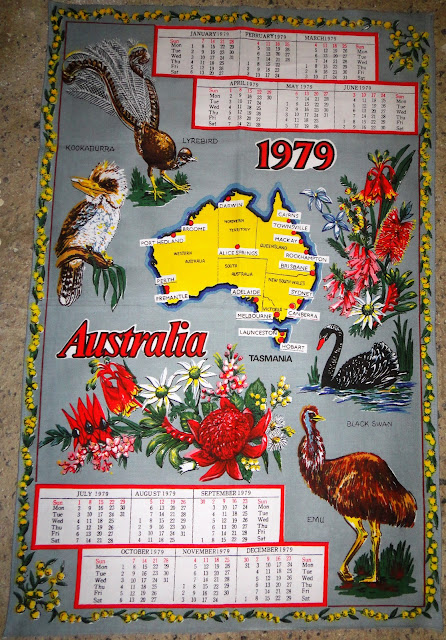