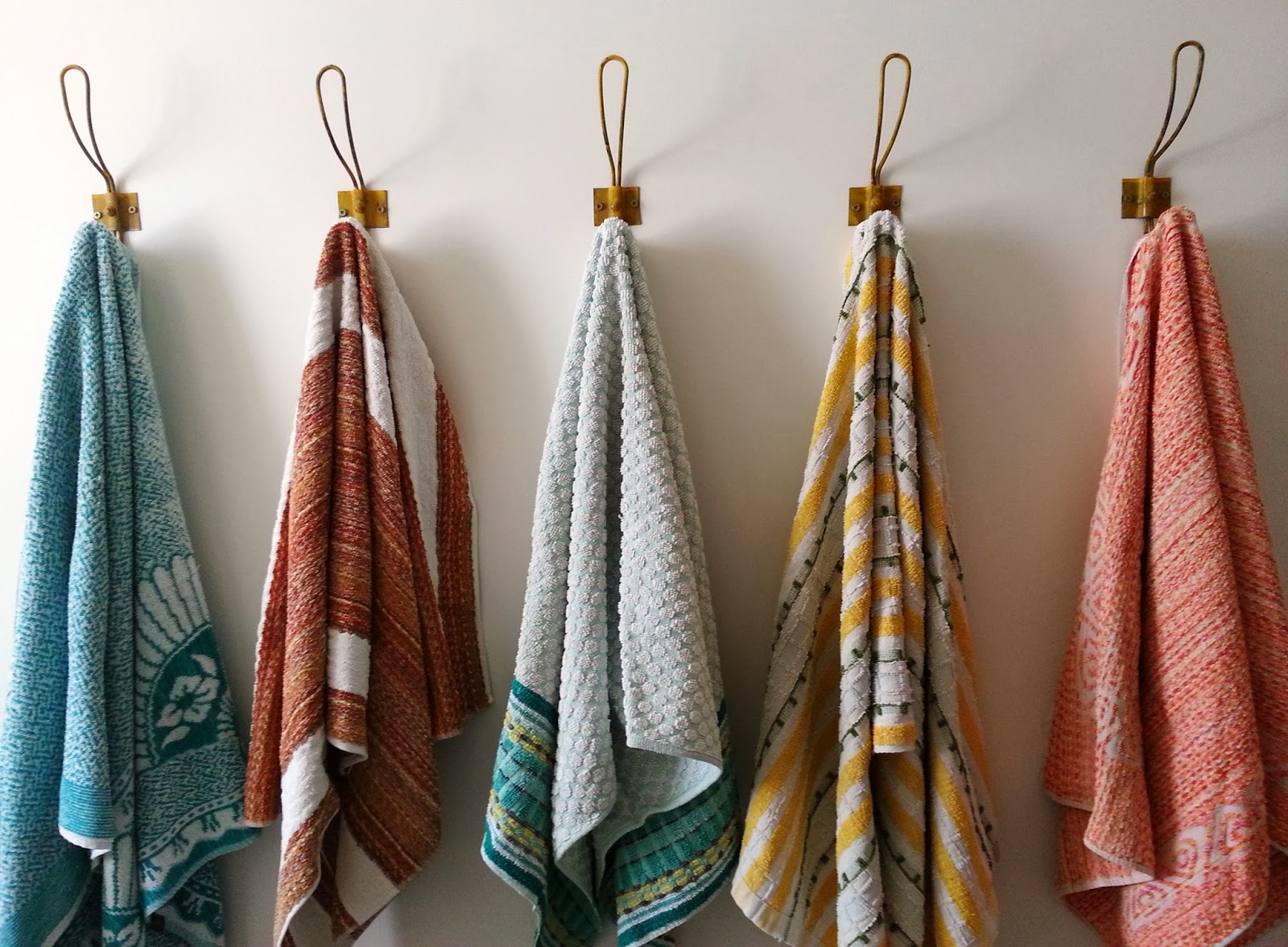 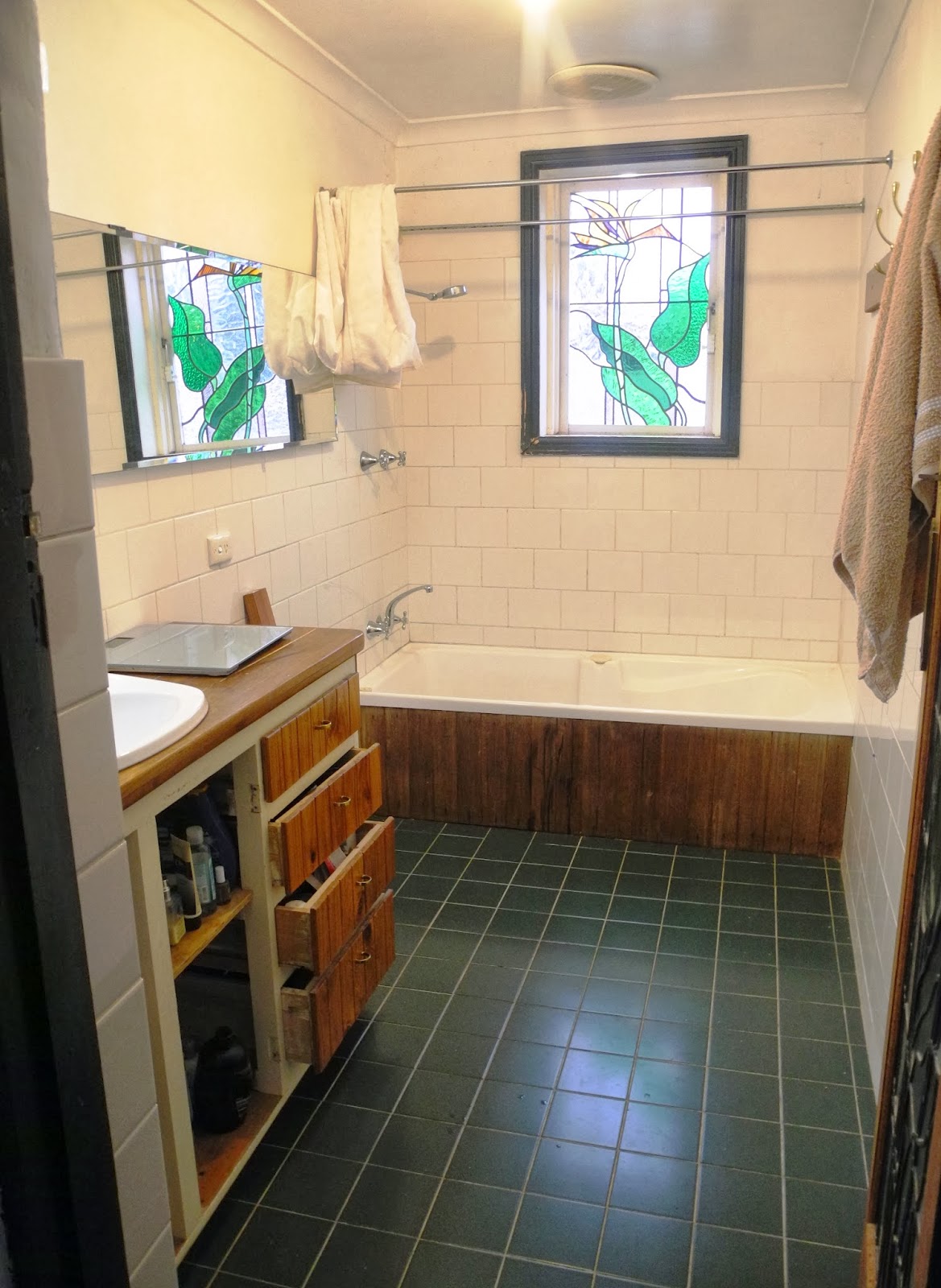 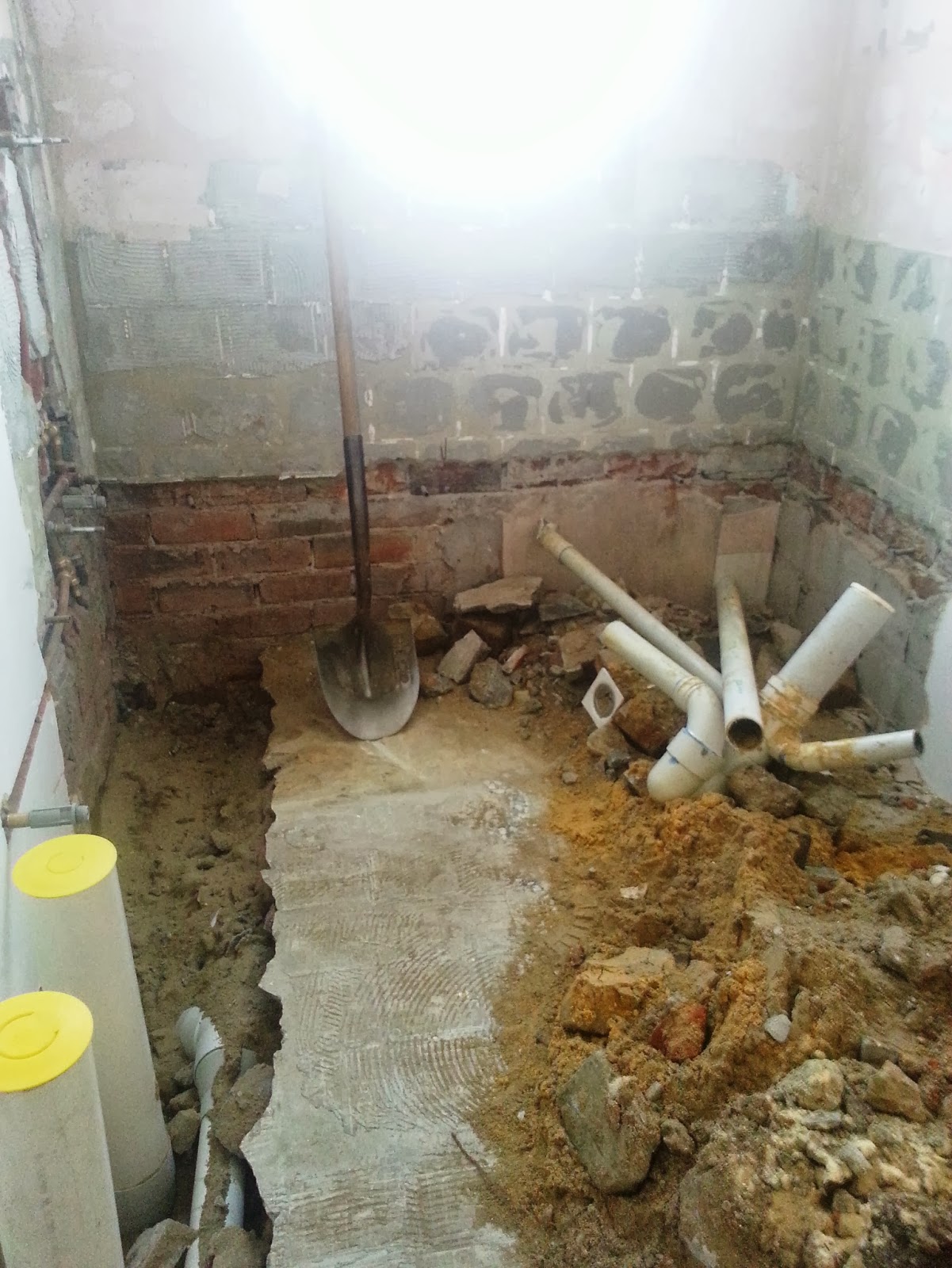 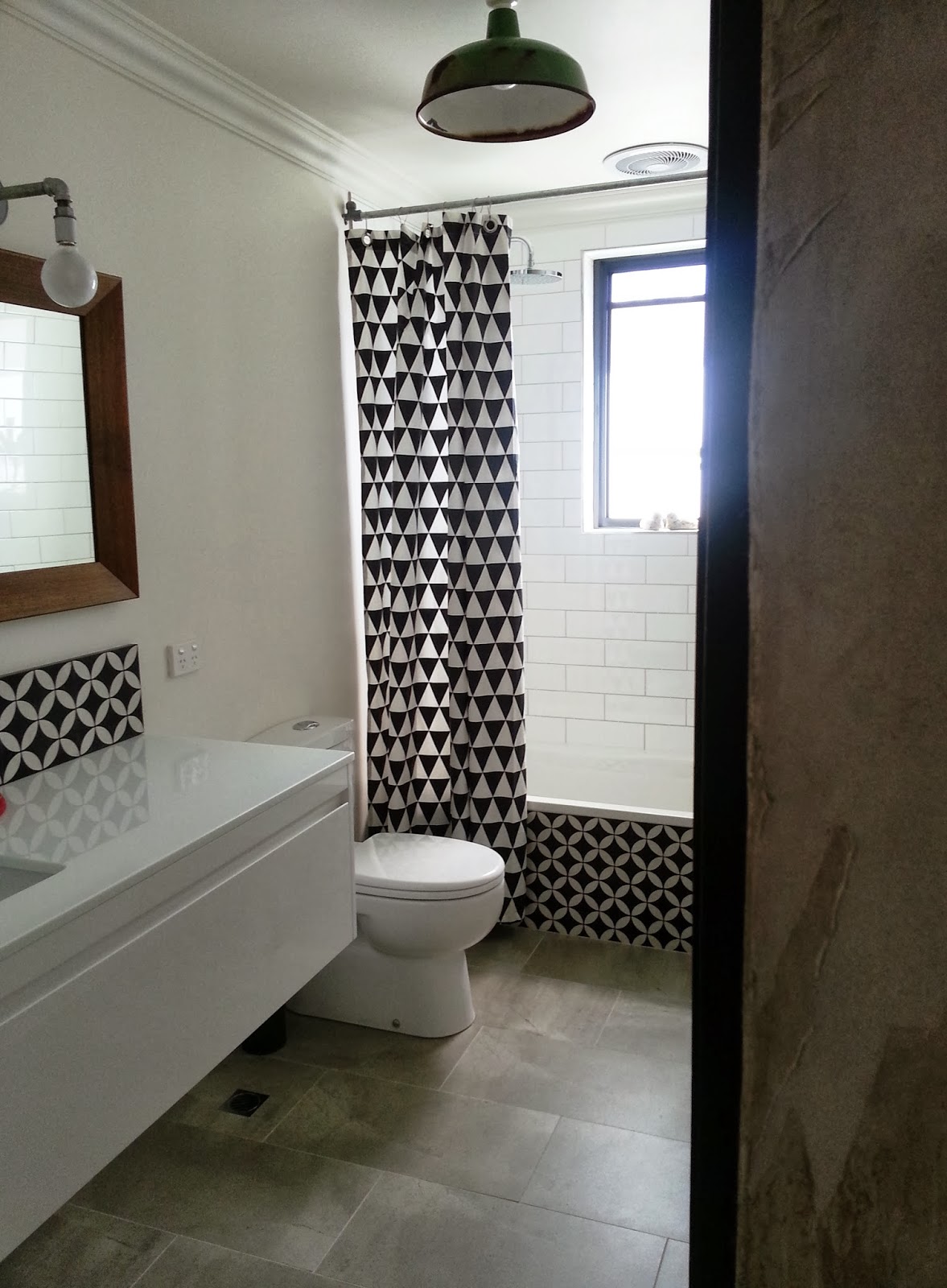 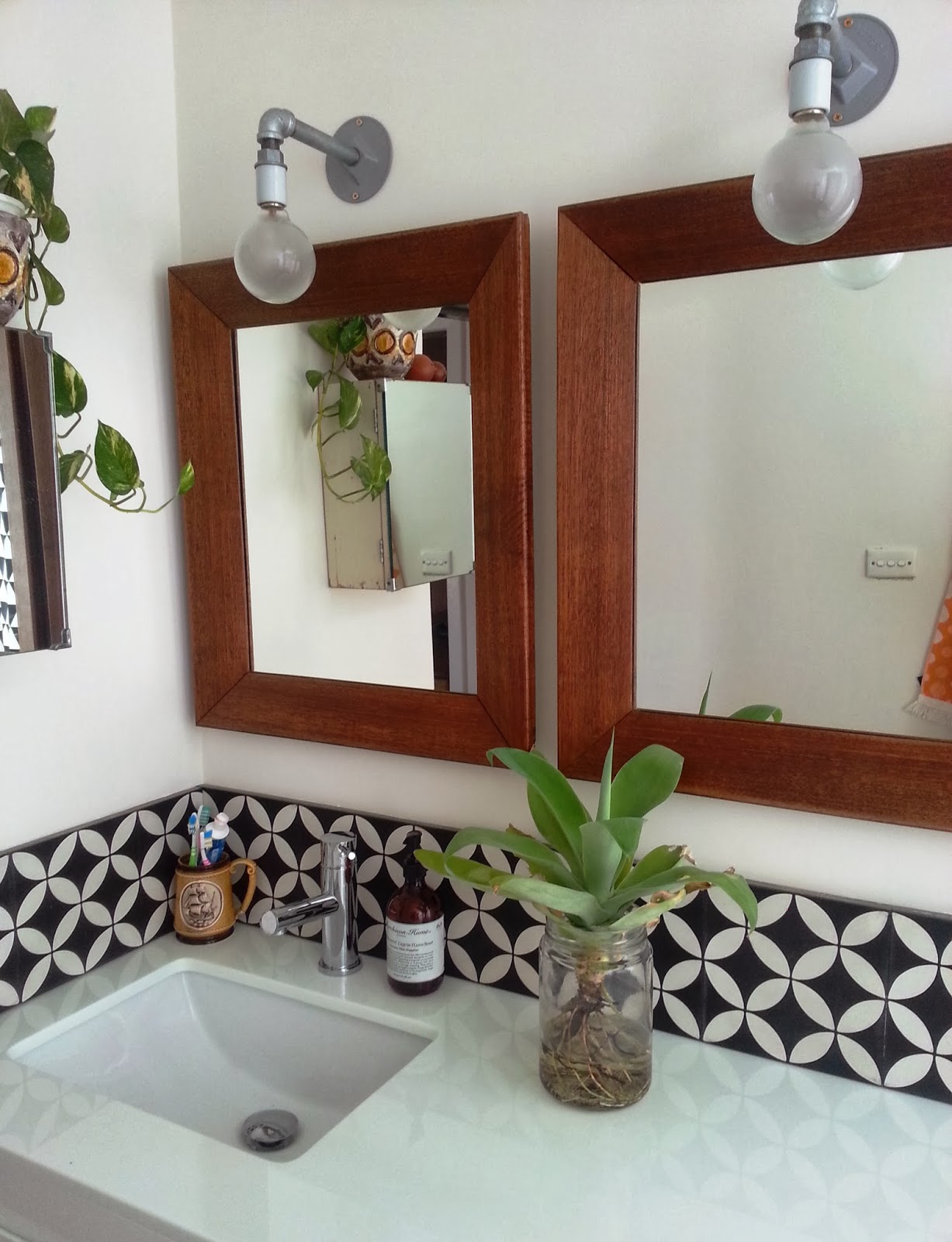 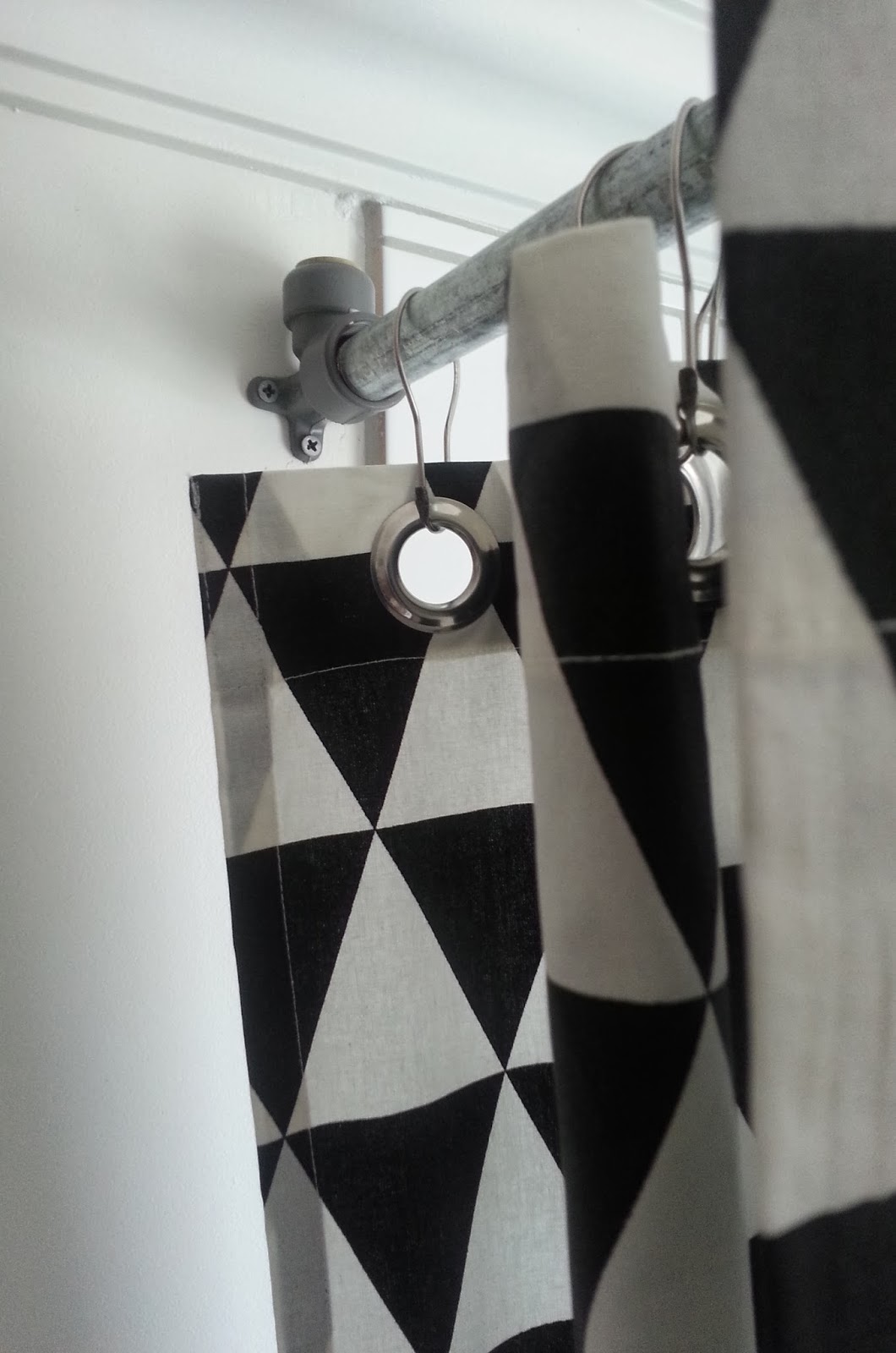 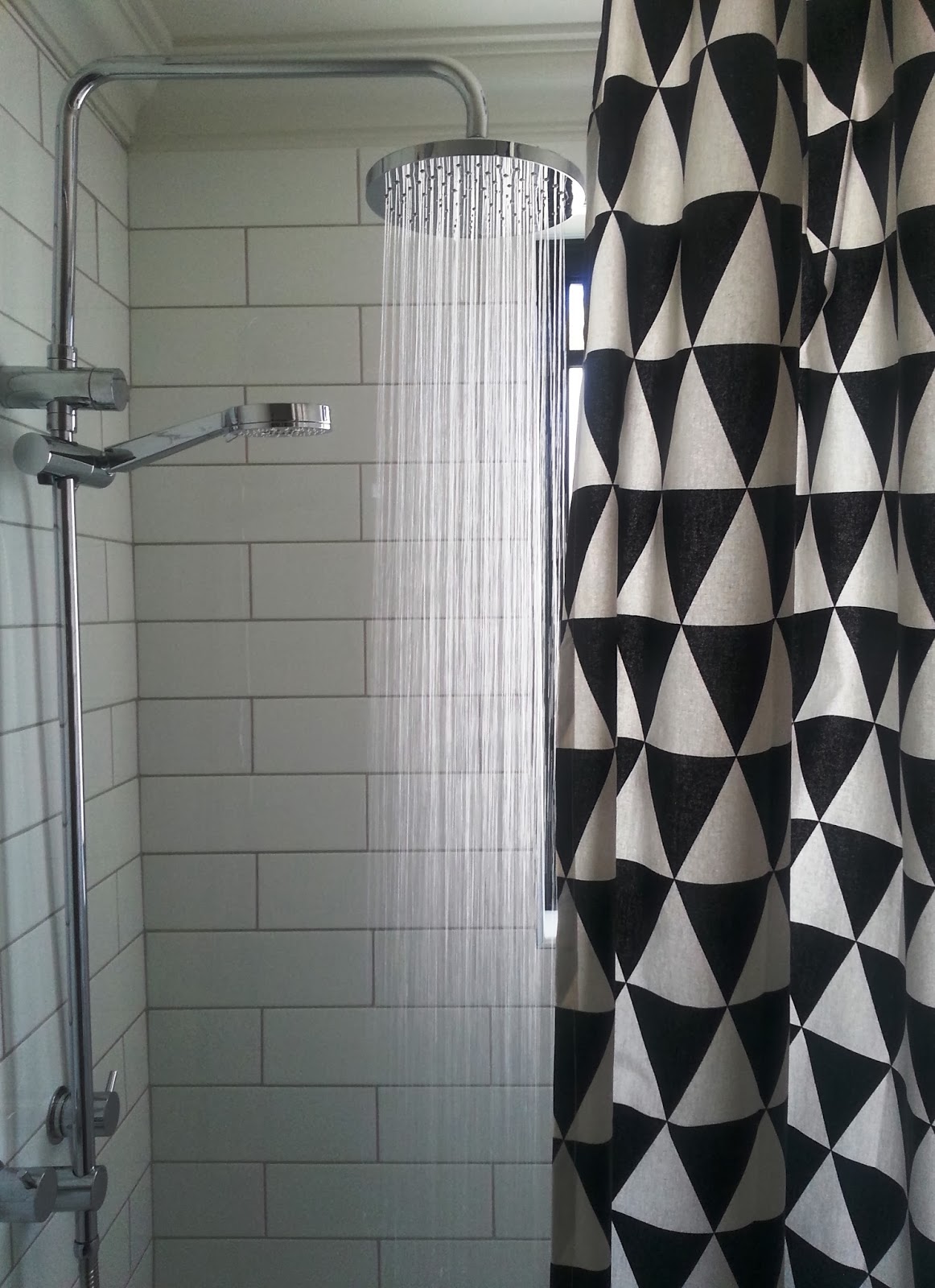 Not All Good In The Hood

It makes me sad that this little gem 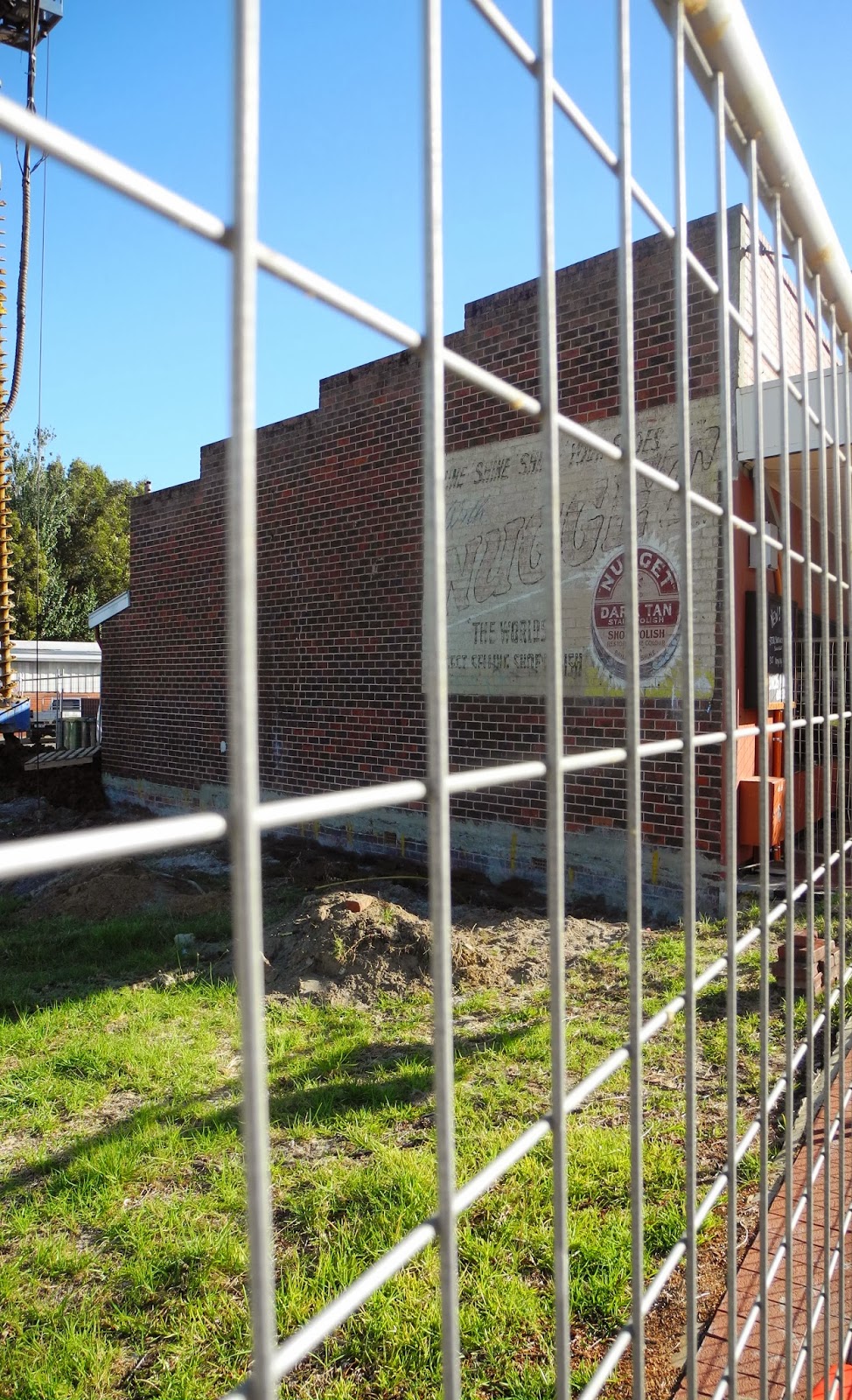 has been covered up by this ummm, er, 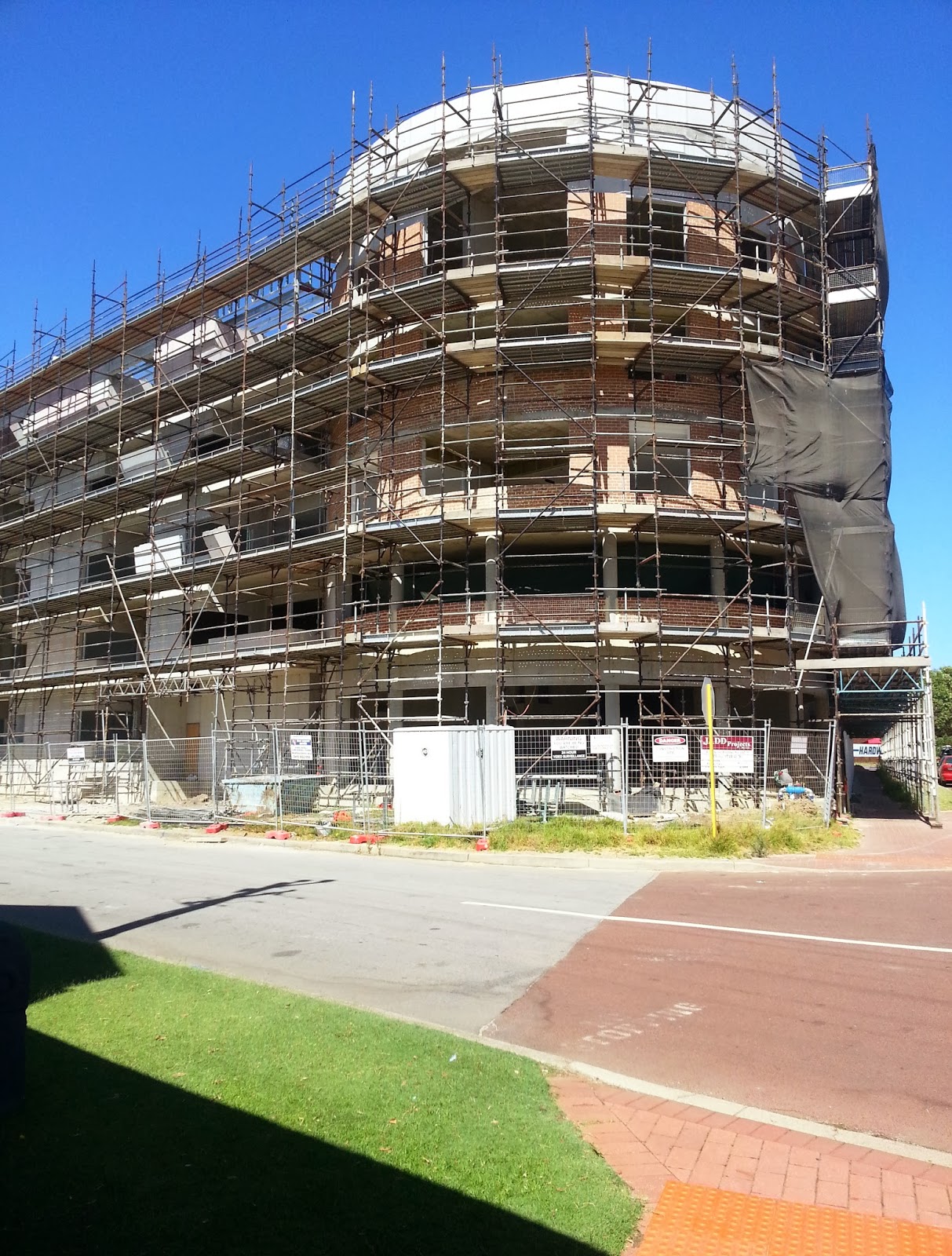 I'm going with...monstrosity?!
I'm just glad I snapped a quick pic before it was covered up forever - that's assuming it's still there...I hope it is.

A couple of weeks ago Anth and I finally finished our bathroom renovation (we ended up doing a lot of work ourselves. This wasn't part of the plan...this time, for the first time, we expected to be sweating* over invoices, not diy)

If things had gone according to plan I would've written this post months ago - before Christmas in fact (and I would've had a nice new laundry to write about/show you too), but as some of you know already it was not a positive experience - even 'officially' finished it has continued to throw problems at us. More money. More sweat. More tears. (no fresh blood...yet)

Sh**t happens, and as far as bathroom renos go, (sh)it, happened to us.

I am struggling to write this post (actually it's giving me a headache) part of me wants to keep things classy and stay schtum (the old "if you've got nothing nice to say, say nothing at all") and part of me of me wants to spill the beans (in the spirit of keeping it real).

At the end of the day though, I know I've got nothing to gain by putting my ranty-pants on (sorry Julianne). None of the bad stuff, apart from the shoddy work(?)manship (ahem!) of dodgy bros inc (not brothers or a corporation, just a trio of crap at their job, lazy and dishonest tradies!) was intentional. Our new bathroom while not perfect is vastly improved, and we've got two toilets now. That's what we call flash around here!

(even though the new one is like "sh**ting on a dinner plate!". I've pinched this quote from Patsy's post on the "Delicate Topic of Toilets" because I couldn't put it any better myself). 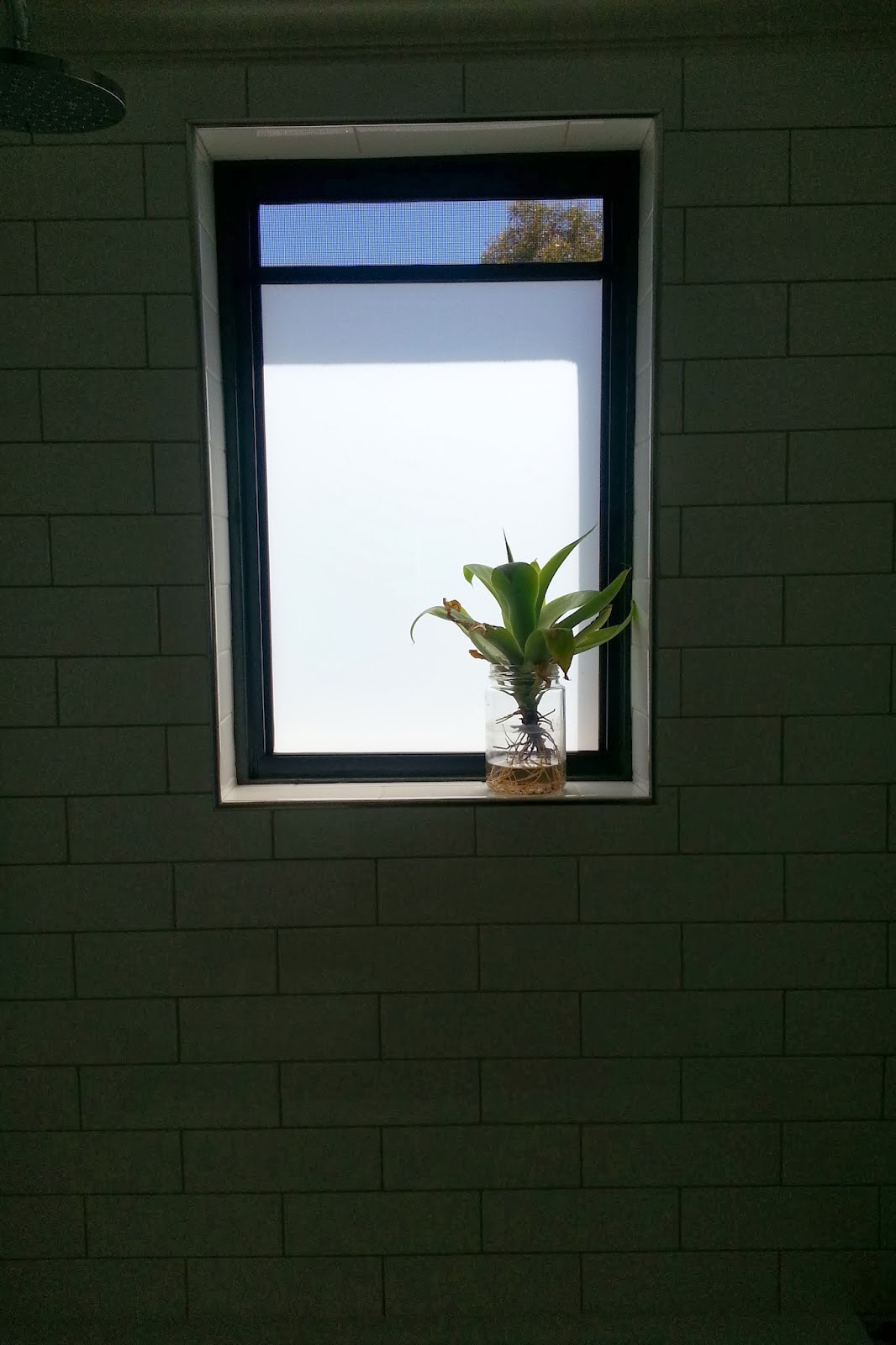 unexpected slice of sky framed by ventilation gap in our new window
Btw, it used to look like this 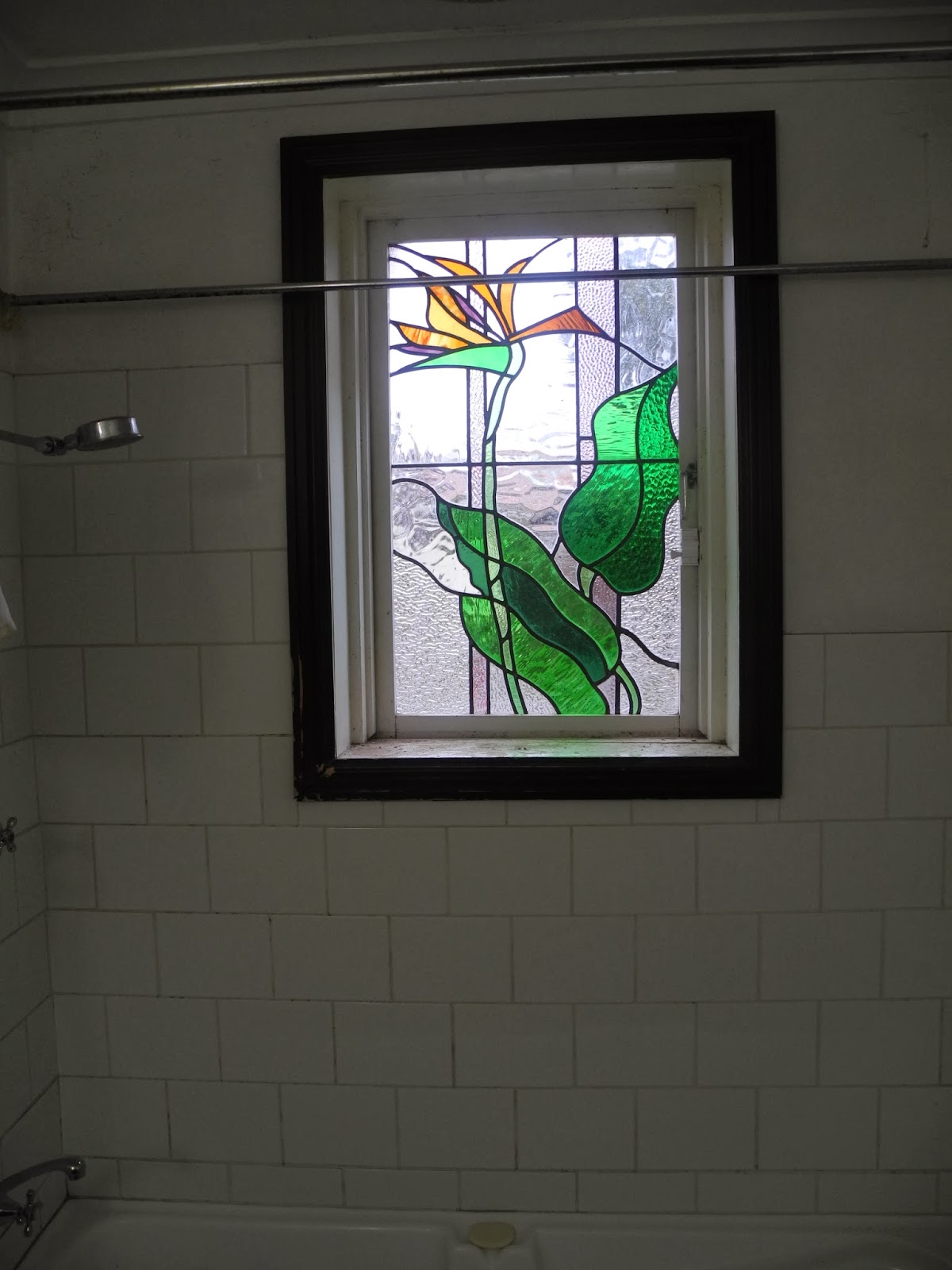 I know it had a certain...charm (?), but remember we live in an old corner shop. Our bathroom window fronts the street. You could see right through that clear glass. Scary! (for us and the local Peeping Toms!)
I just need some time to get over all of the crappy stuff that happened in between. (keep your fingers crossed that no more tiles crack or fall off while I'm working on the bonding process. Seriously.)

*not in the same bathroom I hasten to add. I mean two toilets en tout. Two toilets in one bathroom?! Now that would be weird. Ewww!)

Thanks for reading.  I'll post some proper pics soon.

p.s. A tip from me. Don't ever buy one of those toilets with a self-closing lid. Take my advice, I know. Those things are just stupid. They take way too long to close. I want to shut and flush and get outta there pronto. Post-poo drops* or not.

* Make-Mine-Mid-Century put me onto these and they work. Please take the time to read Aesop's blurb. It's quite funny. Doing a poo is referred to as "vigorous activity". I think this is hilarious. You?
Posted by Kylie at 3:14 PM 16 comments:

Humdingers of the Grid City

(thanks to a tip-off from bloggy friend, and talented N.Z. artist Sally Reynolds)

I was lucky enough to discover the photographic work of Nicholas Burrowes. In particular his Hum Dingers of the Grid City pics, which capture the concrete loveliness and hard edged sculptural beauty, of Christchurch's Modernist commercial buildings simply, elegantly and honestly.

Hum Dingers is a tribute (some of the buildings, sadly long gone) to the Brutalist architecture some of us love (and the rest of us love to hate. Ahem!) And Nicholas doesn't call them hum dingers for nothing! To say they took my breath away when I looked at them would be a huge understatement - they moved me to such an extent that I contacted Nicholas to ask him if I could share them here with you (a big deal for someone shy like me). I'm happy to say Nicholas very kindly agreed "help yourself and post anything you need", so if you've got a soft spot for Brutalist architecture - or even if you haven't (and why not?), you're in for a treat... 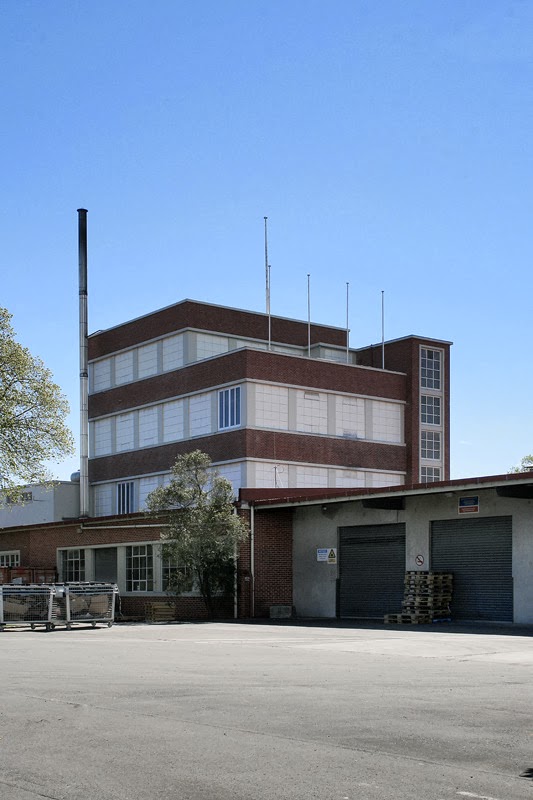 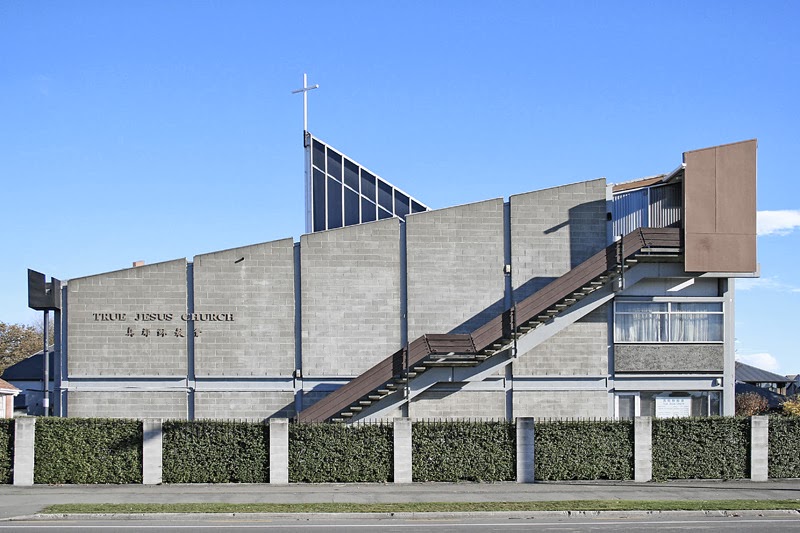 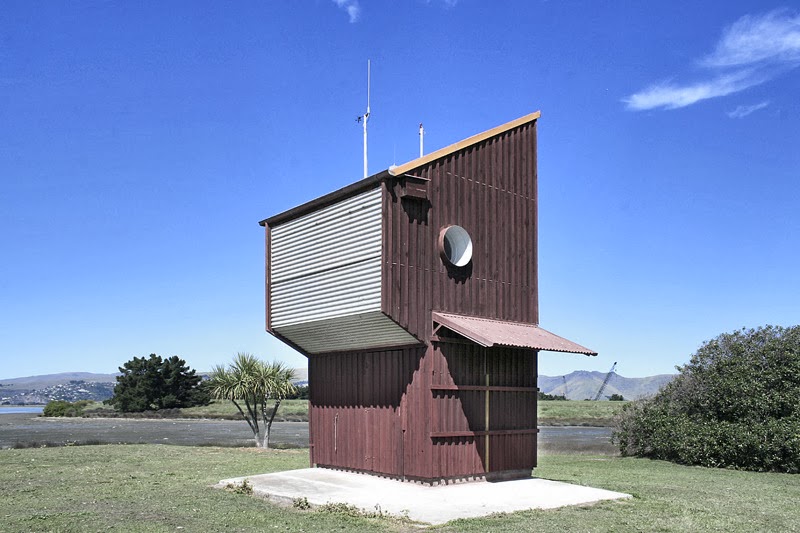 O Bridge Street
(racecaller's box at the Pleasant Point Yacht Club. Since demolished. I love this one, it reminds me of a bird house) 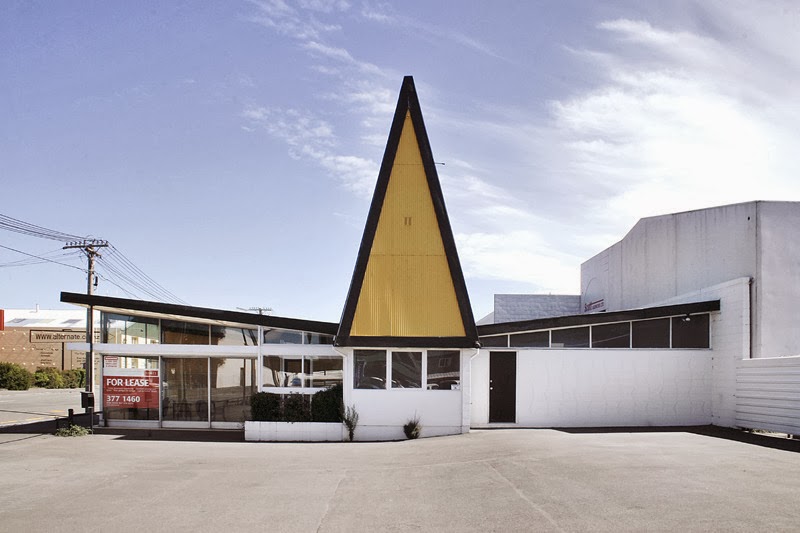 Here's how it could hang at your place 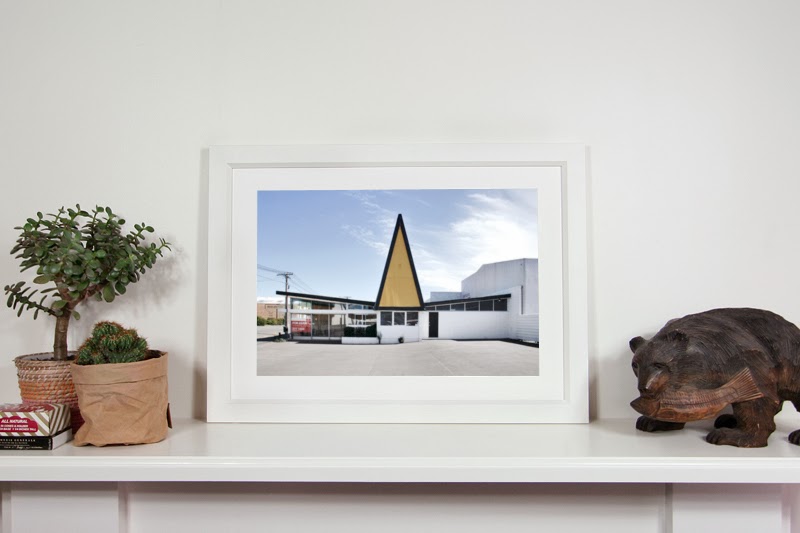 ﻿
﻿
These are just a few of Nicholas's "hum dingers". You won't be disappointed if you take the time to check out the rest of them, and you can, here. You can also have a bit of a sticky-beak at some of Christchurch's residential hum dingers on the fabulous Christchurch Modern (a bit like our own Modernist Australia - which I'm happy to say, is now back online).

One more to end 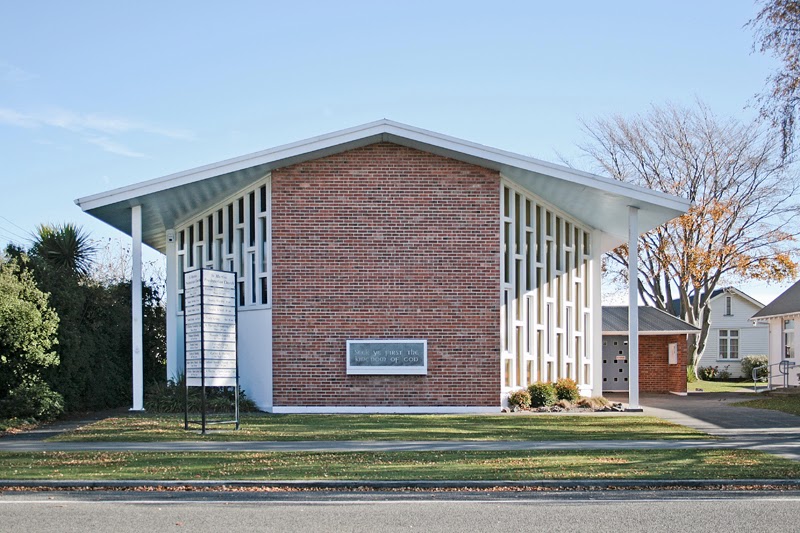 As always, thanks for reading, and thank-you to Sally and Nicholas for giving me something to write about.﻿

p.s. it would be remiss of me not to mention Thomas Ryan here - Thomas is a Tasmanian photographer whose awesome photography documents Mid-Century, Art Deco and Brutalist buildings in Australia. You've got to check out "Marjoy"﻿