I've had a slight case of the op-shop blues lately...treasure hunting has been more frustrating than fun and until today I'd almost lost enthusiasm for something that I've always loved doing.

Do you know what I mean? Does this happen to you too?
While I know that it's unrealistic to think I'll always find great stuff it is still a bit of a downer to consistently find a big, fat, NOTHING! Which is what's been happening to me lately... 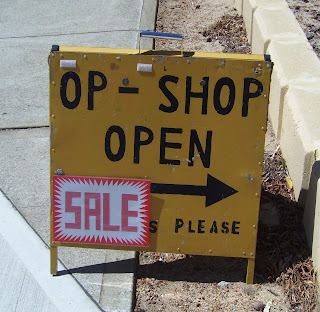 and I was right...
Things are on the up and up...I've made a speedy recovery and feel much better because today I found treasure! Yay!
There will be no more whinging from me, have a look at what I found...
p.s. I'll show you some today, tomorrow and Monday. 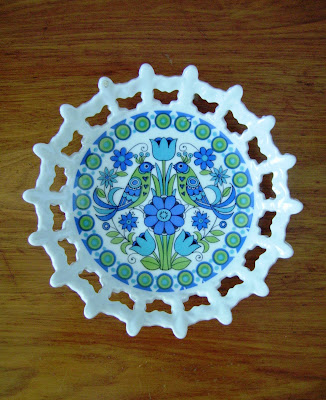 Webco. Made in Japan. 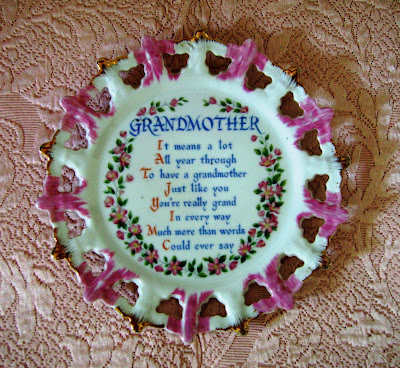 for my Mum. Japan. 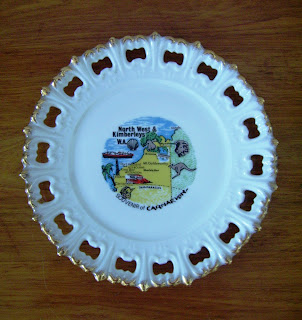 another tacky Australian souvenir.
It's special though because I worked on a sheep station in Carnarvon when I was younger.
I bought these plates from three different op-shops, fifty cents each, funny how they've got similar edging...
I also found 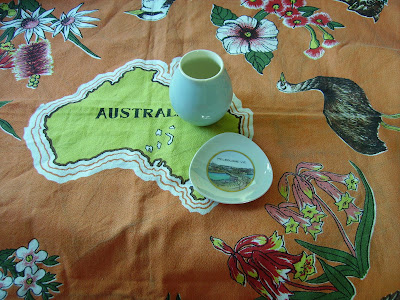 The little pale blue vase is a Martin Boyd. Pretty neat for fifty cents! The little dish another souvenir, this time from Melbourne. I also bought the table cloth (one of several I was lucky enough to nab)
Next something I didn't buy, but liked enough to take a
photo of... 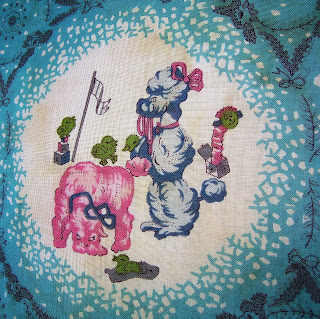 that Jack-in-a-Box is slightly worrying! 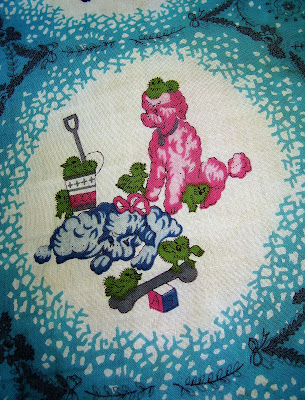 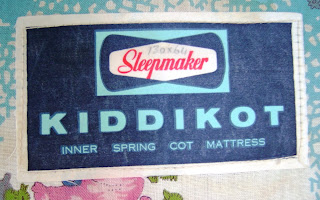 sweet cot mattress﻿
Have you ever noticed the gorgeous fabric on old mattresses? It's always so pretty.
Today's tea towel was another lucky find. And it's a Rodriquez! 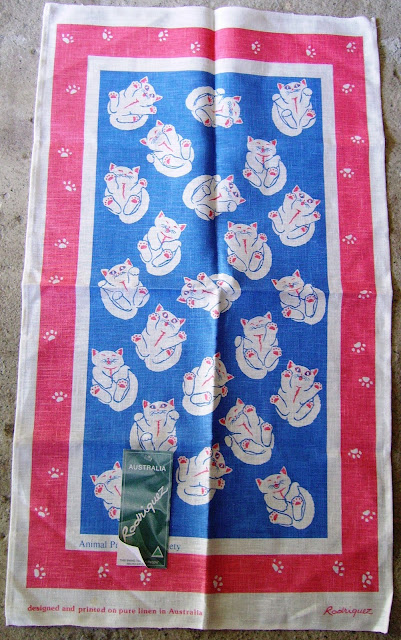 Not a particularly old one, but still cute AND it has its tag. 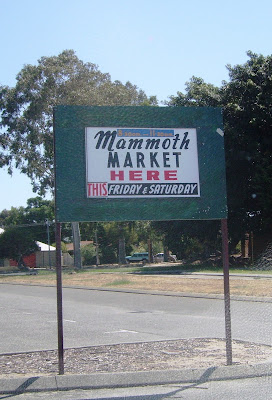 no prizes for guessing what I'll be doing tomorrow!
Posted by Kylie at 4:27 PM