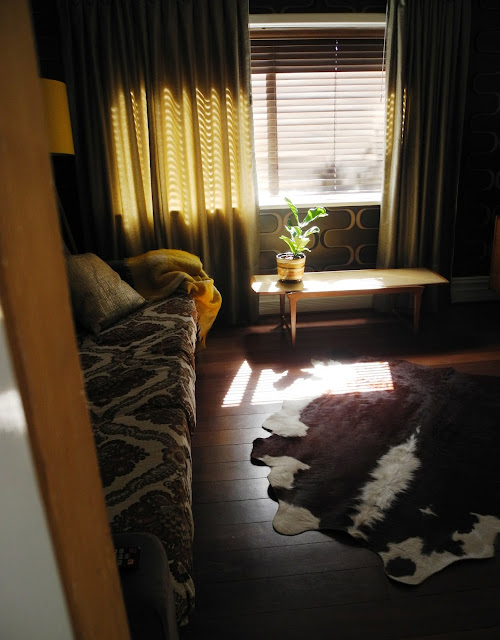 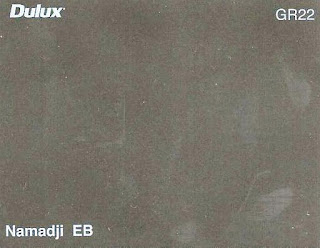 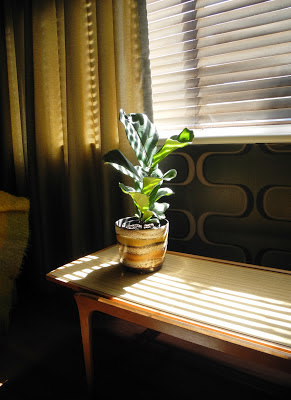 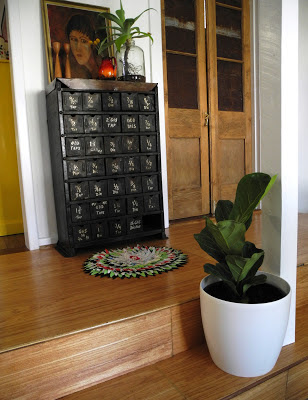 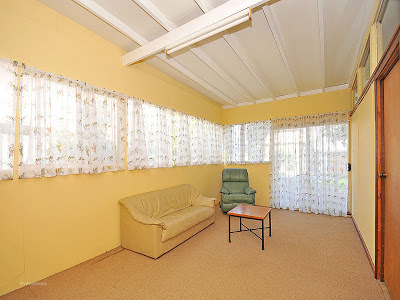 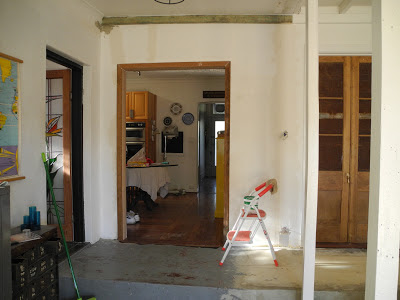 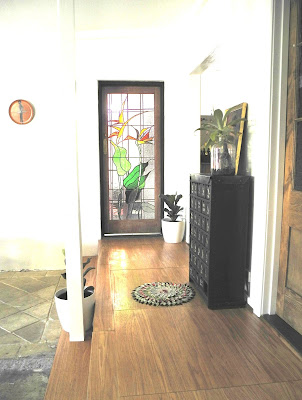 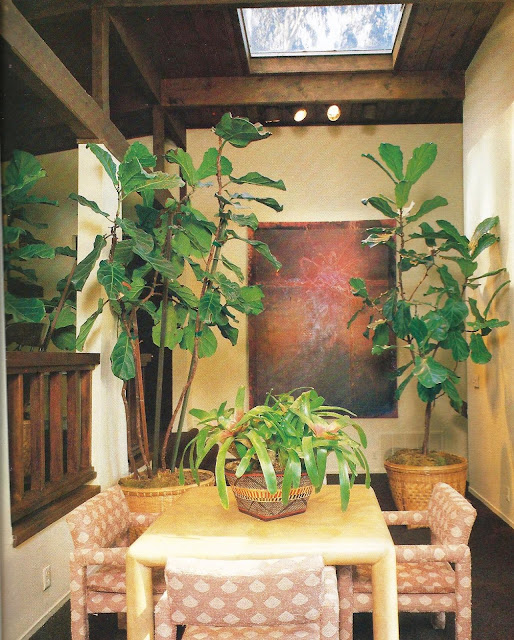 We love our succulents around here. 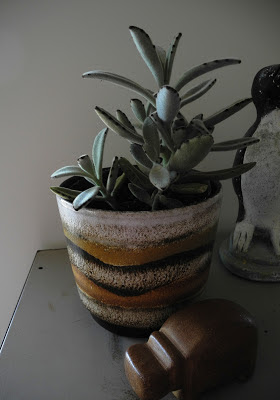 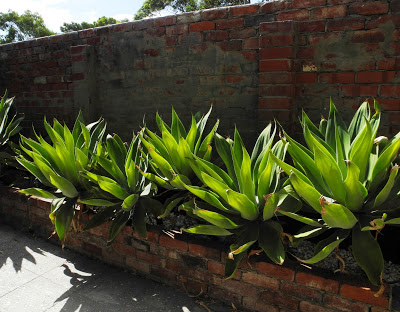 (all freebies, found on the side of the road years ago, and still going strong!)

I like to think of them as living sculptures. Plants that look like works of art. I pinched that line from my 1965 copy of Better Homes, House Plants, but I couldn't put it any better myself, so it's staying!

Succulents are just as fashionable now as they were forty years ago when my Mum planted them in her rockery. 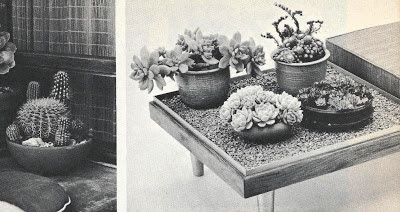 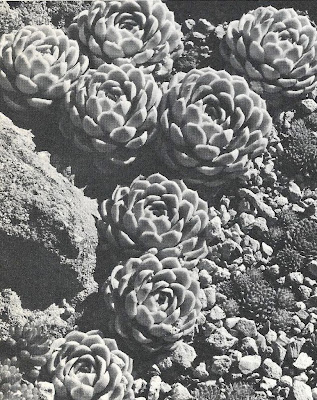 all images from Succulents and Cactus. A Sunset Book, published in 1974. 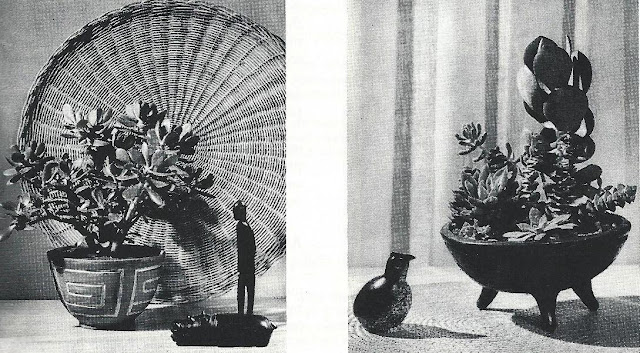 All the cool kids have them!

what about a succulent you can sit on??? 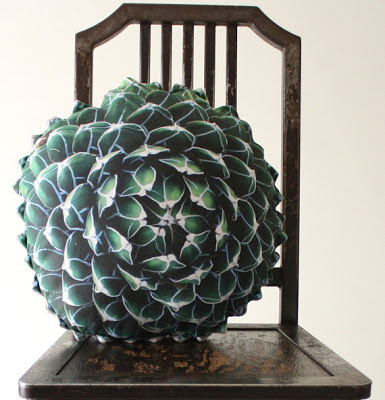 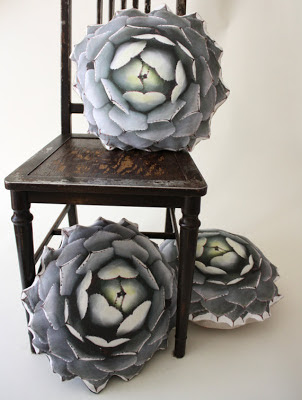 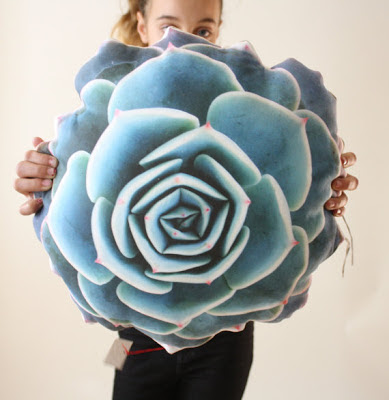 If you had one of these, you'd be really, really cool!

Handmade by Sabine Herrmann, and for sale in her shop Plantillo.

I just want to touch them, don't you?

Sabine also makes "wooden pillows" too, and her leaf pillow?! Have a look, you'll see...

p.p.s. thanks for all your ego boosting comments on me and my skirt...thank God it's a skirt and not a top...my head's so big now, I wouldn't be able to get it on!!!
Edit: read this funny article on "how to steal and propagate succulents". It's a good one. While you're at it, why don't you pop over to Patsy's she writes a good blog, I think you'd like it. I do.

And if you want even more succulenty goodness(!), how about this? (thanks Tam x)

okay, but first a little preface before the big reveal:

It takes a lot for me to put my mug on this blog, I HATE having my photo taken, ask anyone and they'll tell you how much. If I can avoid it I will. Honestly, point a camera in my face and if I'm quick enough, I'll turn the other way (or try to hide behind the person I'm standing next to!)

Posting pics of chubby two year old me sitting on Father C's knee, not a problem! Photos taken two days ago - that's huge. I don't know how those fashiony bloggers do it! 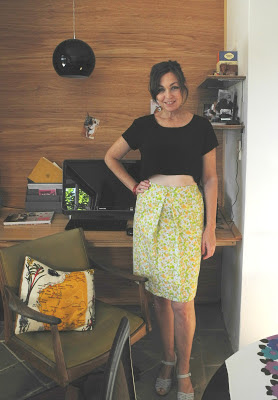 me, my skirt and my desk

So (bearing the above in mind) I'm posting these pics purely in the spirit of sewing sisterhood. My lovely (and much more photogenic) friend Curtise made one too. We blew the cobwebs off our sewing machines, followed this tutorial to the letter (me with my tongue poked out in concentration), and made something we could actually wear. We are (inordinately) proud of our stichin... 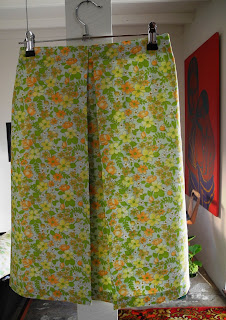 Haute couture it's not 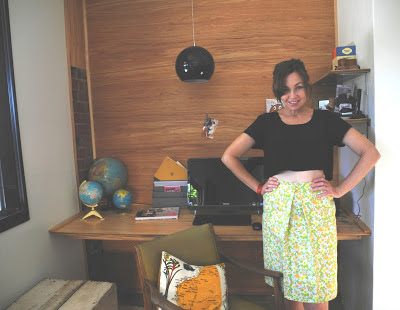 but then I'm no Kate Moss either!

(check my desk, it needs some zhooshing, and I know it looks a bit high, but it will be just right when we install new flooring)

Yesterday was just a bit of fun, this is what it's all about 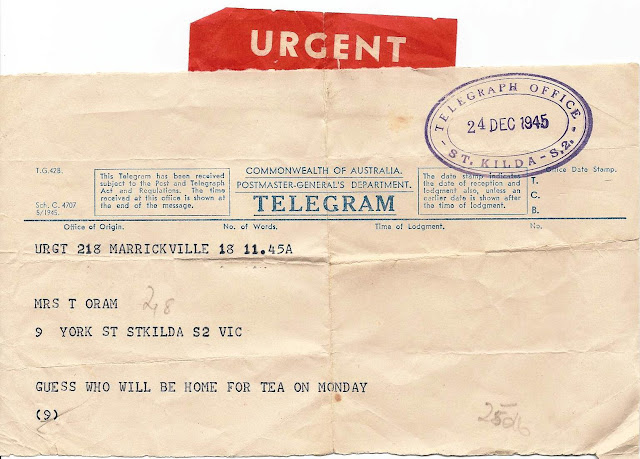 Never mind grandiose gestures (like Frozen Valentine's Round), "tea" with the one you love, is all you need.

This is what you'd serve to your one true love on Valentine's Day fifty years ago... 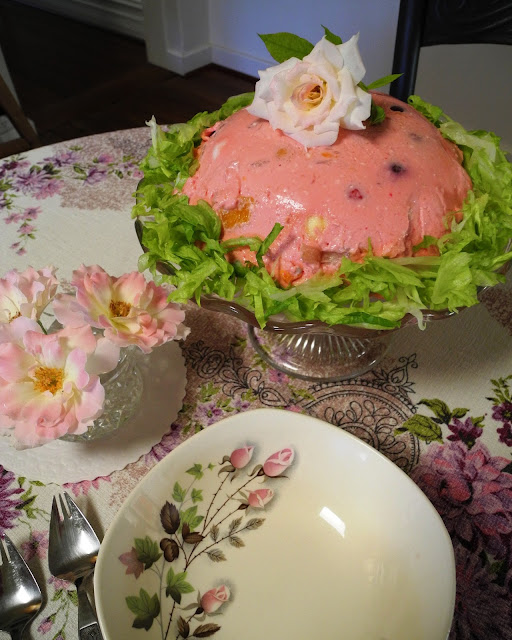 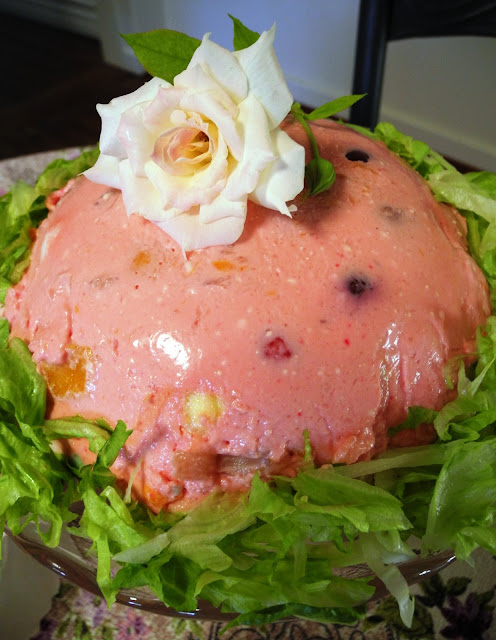 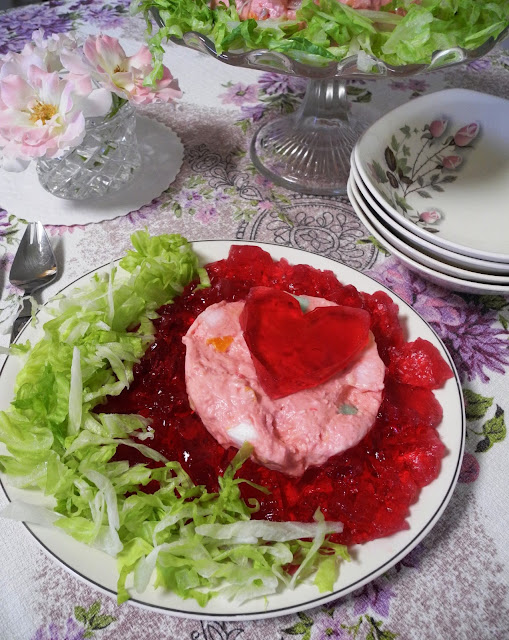 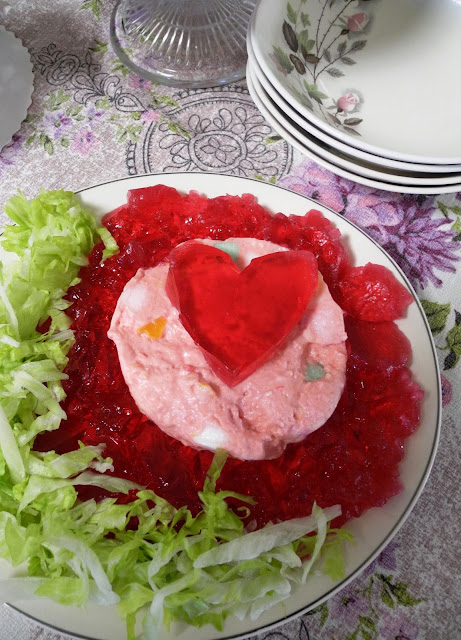 There's not a man (or woman) alive who could resist your charms after eating this! Cream cheese, tinned fruit cocktail, gelatine, mayonnaise, marshmallows - as far as retro recipes go, this one's got it all!

If preparing this (I felt the urge to vomit long after these photos were taken!) is not a sign of the lengths you're prepared to go to for love, then I don't know what is!

(and you know it's gotta be love don't you, if your valentine actually man's-up and EATS this! It might just be a good way of checking, "sorting the wheat from the chaff" so to speak...)

Here it is in all its technicolour 60's glory 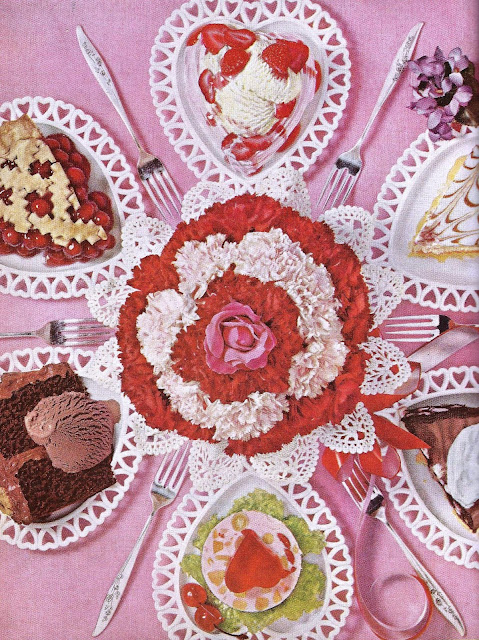 because you've still got time... 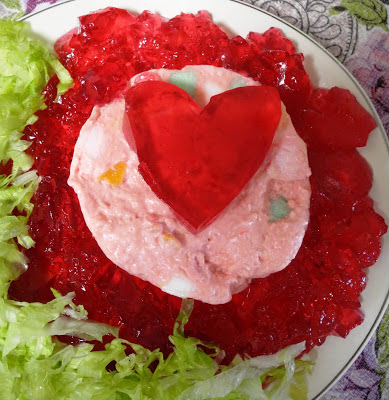 Let me know if you get lucky.

x
p.s. this doesn't taste as bad as you'd think it would. Honestly.
p.p.s. the jury's out on its success as an aphrodisiac, hungry Anth?﻿