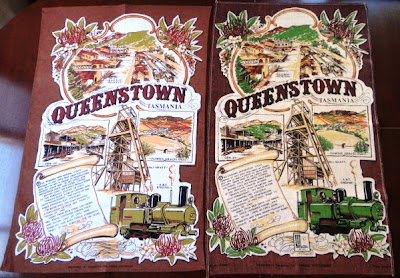 It's o.k. you're not seeing double. There's two of them. If you look closely though, you'll see that they are not identical. For starters the tt on the left is made of cotton, the tt to its right, pure linen. 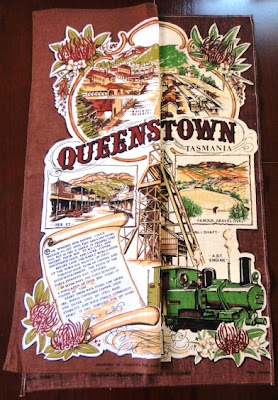 Imitation, the sincerest form of flattery...
The colours of the linen tea towel are much brighter and fresher than the one made of cotton...the linen tt is the real deal, cotton's trying hard, but not quite pulling it off. It's the poor relation from the wrong side of the tt tracks.
There's something else too. See 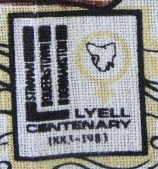 Posh tt was made to celebrate the centenary of the Mt. Lyall Mining Company (not the centenary of the Mt. Lyall Disaster, which will be commemorated in October this year - an interesting and poignant read if you've got time)
Queenstown is on the West Coast of Tasmania, 250kms from Hobart. It was developed to service the copper fields of Mt Lyall, but there's alot more going for it which you can read about here, it sounds like a lovely place to visit. 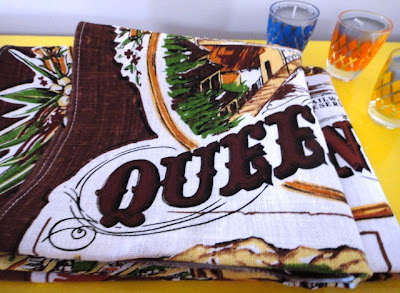 Right, that's it. School's out. I bought these tts from the same op-shop, with twenty two others (I know!) most of them from the U.K. and all in the most beautiful, never dried a dish in their lives condition. It was a good day.
Most of you know I never use my vintage tts. Sacre bleu! That would be akin to selling my children! (although I'd give them away at the mo!) So would you believe it if I told you I attacked these two with a pair of scissors? And my sewing machine? Well (in a moment of madness) I did. Think I'm fibbing? Here's proof 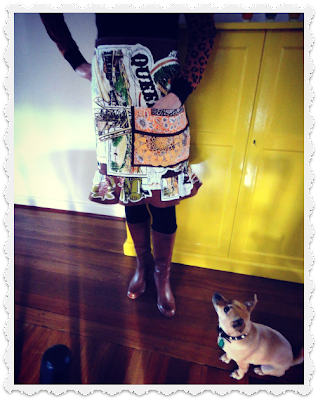 Ta - daaa!
bit cutesy perhaps, but no mind...
(check other ta-daahs at Lakota's) 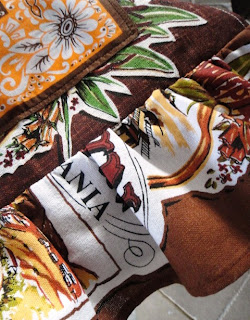 my first ever frill
(can't believe how easy this was!) 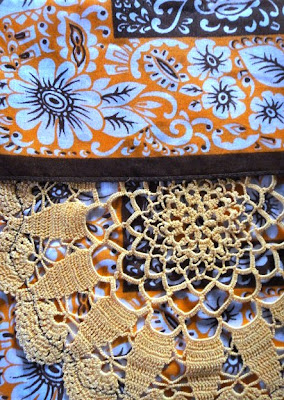 pocket detail - this is a beautiful vintage Italian handkerchief from the 70's
See, I did it!
And I'm giving it away!
if you don't like the apron you can always unpick all the extras and you've got yourself a vintage tea towel.
If you'd like it, just say so in the comments. I'll choose and announce the winner (and I say that tongue-in-cheek - I'm no sewer!) next Tuesday. See you again then.
and I'll chuck in some other vintagey bits I think the winner would like too... 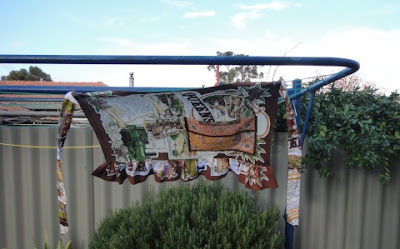 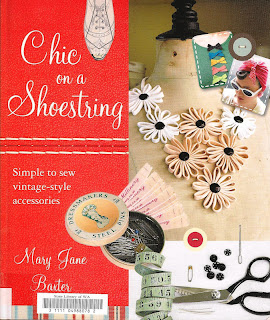 ﻿
p.p.s. I received a lovely little note from Janet Lee about my paint-by-number makeover which was very nice, don't you think...
Posted by Kylie at 7:45 PM