I love this building 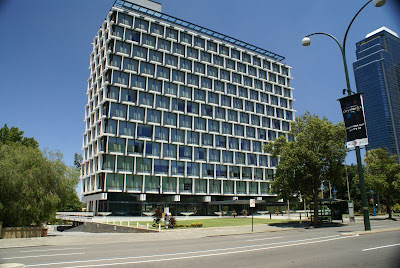 Council House, Perth Western Australia.
image via
Council House was designed by architects Howlett and Bailey who won a national competition (Harry Seidler was one of the judges)﻿ conducted by The Perth City Council in 1960. It was opened by the Queen in 1963.
(perhaps this is why she is waiting for a bus in the McIntosh painting?)
It was nearly demolished (I know!) in 1990 when the State Government refused to heritage list it and recommended its demolition! 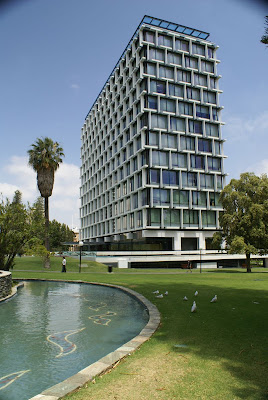 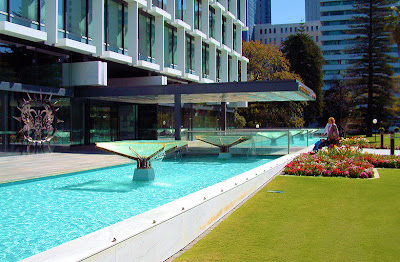 image via
(check the fountains. beautiful.) 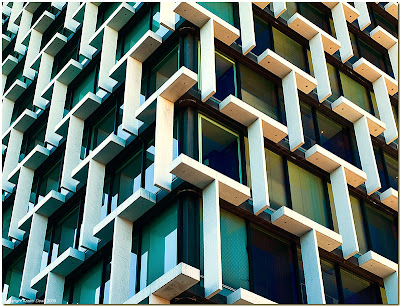 image via
(ditto the windows, with their t-shaped sun shades)
And I love this painting 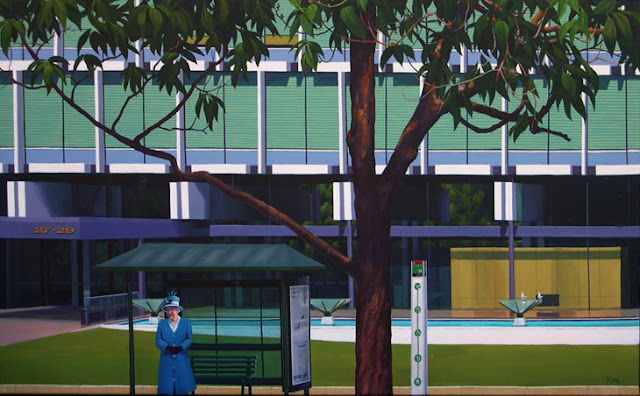 image via
by John McIntosh, a finalist in the Black Swan Prize (heritage section) this year. It would be my pick if I were a judge.
The exhibition of finalists (in conjunction with The Black Swan Prize for Portraiture) runs from Fri 21 September until Monday 1 October. It's free. Click the link for details.
p.s. I'm not the only one fond of Council House, the angels like it too...
p.p.s. I know about this because I read about it (by the light of my mobile) in The West Australian (at 6 this morning!) while I was sitting in the car, waiting for Annabel's figure skating training to finish. It is warmer (and more comfy) in the car, without the heater running, than it is in the rink. So there I sit, in the dark, hoping I'm not going to be attacked by wierdos. That's a story for another day...
Posted by Kylie at 5:01 PM