P is for Parker

Open an Australian interiors magazine these days and more often than not, you'll see a piece of vintage Parker furniture - usually a buffet or sideboard from the 50's or 60's (with a West German vase or three atop it!) It's the in-thing, and has been for quite a while, not only because it's Australian and beautifully made, but also because it's more affordable than the Danish and Scandinavian modernist furniture it so closely resembles.
(it is getting pricier though, especially here in Perth) 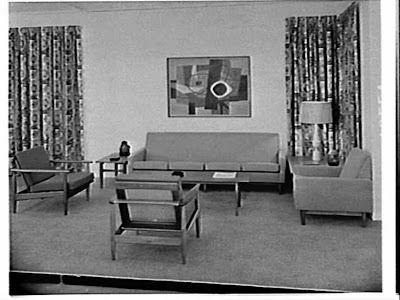 Parker Furniture exhibit at the Furniture Exhibition 1962
image via
Parker was established in 1935 by Jack Parker and Alf Dagger in Sydney NSW. It was Jack's son Tony who designed their mid-century range in 1951 and who was responsible for introducing teak furniture to Australians in the 60's. It is the teak stuff that is hugely popular now. 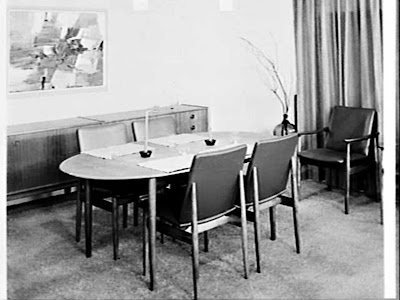 Parker-Knoll furniture exhibition Furniture Show 1966
image via
Obviously that's a potted history, if you're a fan I recommend you read Alan Perry's series on Parker Furniture which appeared in the Woodworkers Association of NSW newsletter in 2011. Click here for part one, two and three. You might have to scroll down a bit to get to Alan's articles, but it's worth it.

Anyway, after lusting after a piece of Parker for our house for years, I finally got my hands on a lovely eight seater dining suite on the weekend. It was manufactured in 1979, so it doesn't have quite the cred of its teaky 60's brothers and sisters, but it's beautifully made - the mechanics of the extension thingy are incredible, and I love it.

Here it is, looking a bit at sea, in the back unrenovated end of our house 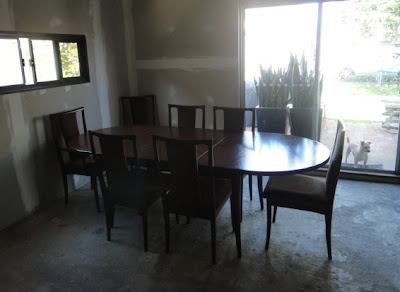 (there is another carver, it's currently in the grown-ups t.v. room)
and here's a much nicer pic courtesy of the chap I bought it from 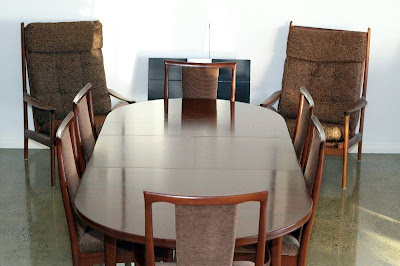 (they're Fler's in the background) 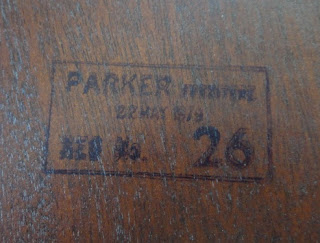 " Throughout the last half of the 20th Century people were proud to say: I own a piece of Parker " Alan Perry﻿.
And now, I do too. Yay!
Now, and this bit is important...
P is also for perilous. And the journey to pick up our Parker was just that. I'm not going to go into detail - if Anthony was home we would've hired a trailer and picked it up ourselves. Easy. Instead I used a pick up/delivery service and travelled with the driver. Stupida!
I'm fine, safe and sound, but please, promise me, you will remember what your Mum and Dad told you about Stranger Danger when you were little, and NEVER EVER get into a car with someone you don't know. There are a lot of weirdos out there ok, just remember that. Thanks x
p.s. on a happier note, P is also for Pansies, and after two months! I finally have my first flower 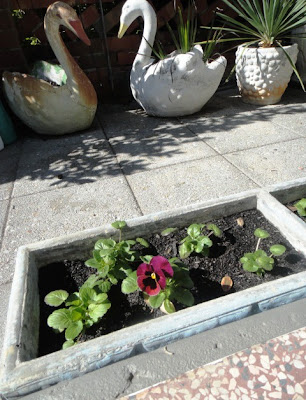