Just a couple of thrifty finds to share with you and rather appropriate ones too considering it's Sunday... 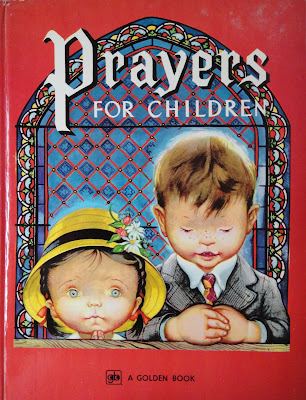 No prizes for guessing who illustrated this! One look at these chubby cheeked angelic kiddy-winks and you'll know straight away that it's the work of Eloise Wilkin.
(btw, don't you think the little girl has a touch of Miranda Kerr about her?) 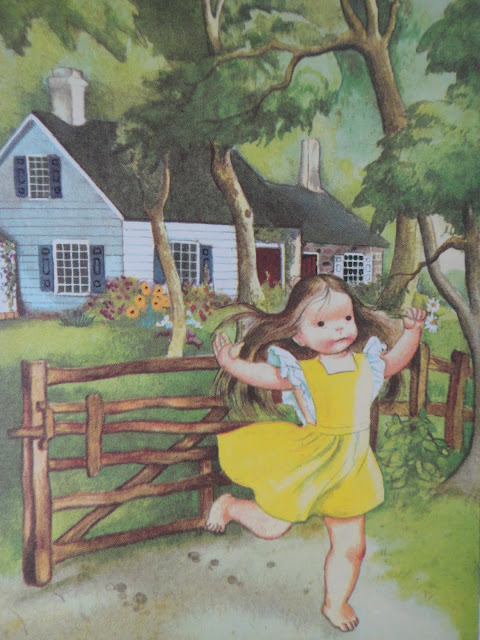 Her charming illustrations are so familiar to us all because she illustrated close to one hundred books, including dozens of Little Golden Books...we have all read at least one of them...my favourite when I was little was ﻿ The New Baby, do you remember yours?
Here's a pic of Eloise

1904-1987
Although she was quite old fashioned in some ways (she refused to paint a pair of trousers on a woman) Eloise was also pretty cutting edge: she marched with Martin Luther King and assisted a college student in burning his draft card...something to ponder...I don't really get the trouser thing, especially when she was so progressive in other ways...

My other thrifty find is also a book... 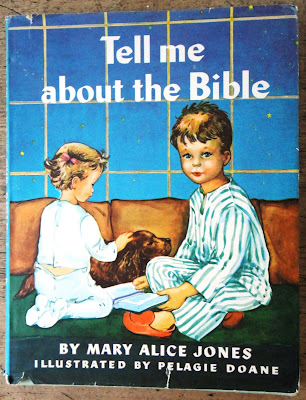 and also religious
This was published in 1966, Mary Alice Jones is described as a leader in religious education... me...I'm just sucked in by the gorgeous illustrations by Pelagie﻿ (now that's a name...) 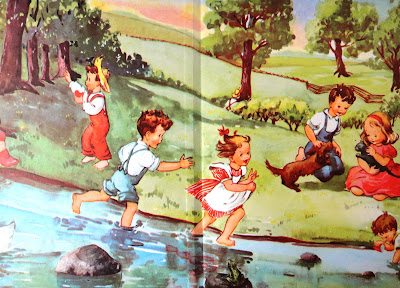 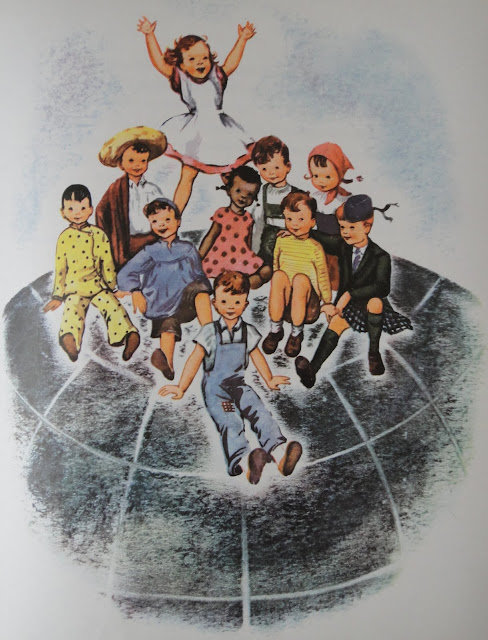 "he's got the whole world..."
﻿It's a bit sad really because I don't think this book has ever had an owner...look 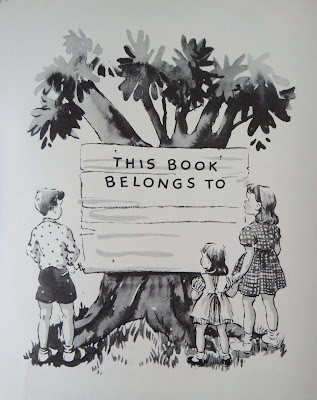 it has now though...
I bought both of these books from the little op-shop I work in...two things happened while I was there today, one nice, the other NOT. The nice thing was meeting Em, a fellow blogger which is a first for me. Check out her blog Vintage Sweet Heart, here
The definetely not-so-nice thing was falling down the stairs (you know how steep they are Em) and really hurting myself. I look like this now... 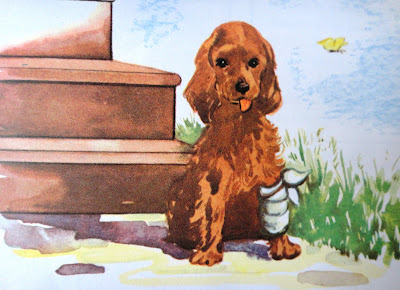 well, If I was a doggy I would!
Ouch!
Thanks for reading, and thank you too for your lovely comments about my little shop...I am so excited about getting it up and running, I'll show you some more pretty things I'll be selling during the week x﻿
Linking to Sophie's ﻿
Posted by Kylie at 6:16 PM