It's nearly the weekend and after reading this quote:

Middle age is when you're sitting at home on a Saturday night and the telephone rings and you hope it isn't for you...Ogden Nash

I've come to the sad conclusion that I must be middle-aged because that's exactly what I'm hoping for...a nice quiet weekend at home... and no phone calls on Friday night either please!

I have big plans to start working on a "top secret" project I've been encouraged to persue (more on that later...)so if the weekend's free from drama and other distractions I'll be a happy girl.

O.K. after all those words this post needs some pretty pictures...look what arrived from the good old USA yesterday 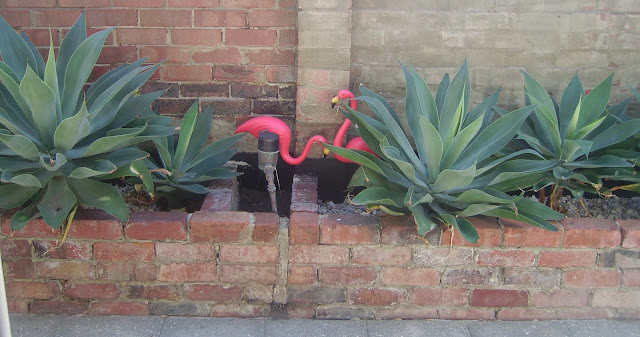 Featherstone plastic flamingos
hot pink lawn kitsch!
I've been wanting to get my hands on these for a l-o-n-g time! Probably since I first saw them in the Matt Dillon movie The Flamingo Kid...and that was in the eighties!
They were designed in 1957 by Don Featherstone who is credited with making bad taste accessible to the American public. I don't think there is anything tasteless about them, do you? 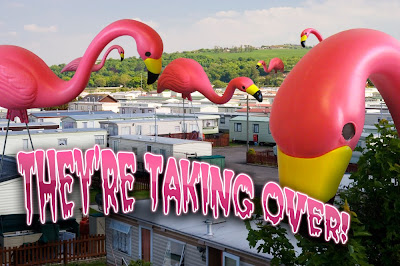 pic from here
Another thing that made me happy this week was finally finding some reasonably well-priced Pyrex glassware (read cheap!) I've been wanting some of this Pyrex glass beakerish-type, laboratory-ish stuff after spotting it on other blogs 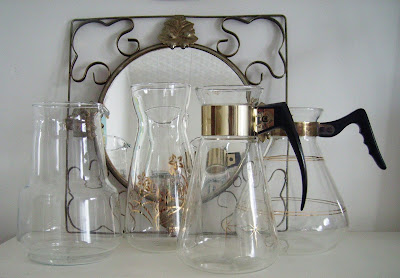 taa-daa!
now I've got not one, but four pieces!
The large "jug" on the left was made in France, the others are all from the USA. One of these came from the tip shop the others from different op-shops. I think these will make great vases and also water jugs to use at the table. The mirror is a recent op-shop find too.
Here are a few other things I've happily acquired this week: 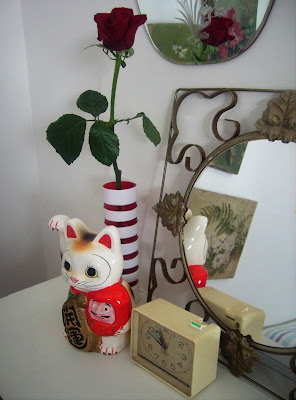 Quartzmatic Westclox
little Japanese plastic bedside clock...and no annoying tick-tock either!
The waving cat money box is also made in Japan and whilst it's not old, it still has a kitschy charm of it's own don't you think... 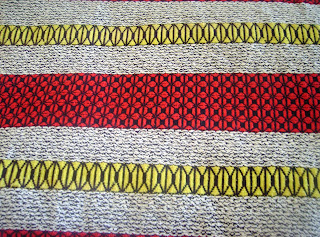 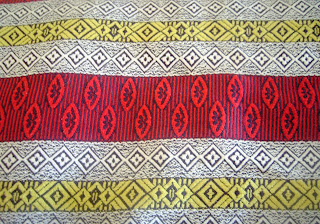 I love that the colours are the same yet the patterns are different.﻿..these would look so cool in a shared childrens bedroom!
And here are some other things that aren't mine, but I've enjoyed looking at them and thinking about them and thought you might too...
In the spirit of my Life in Australia pics, have a look at these pics from a series called The Workers. They are amazing... 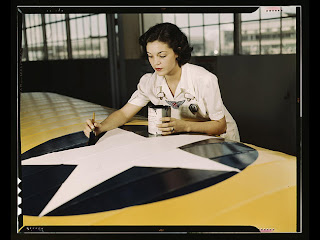 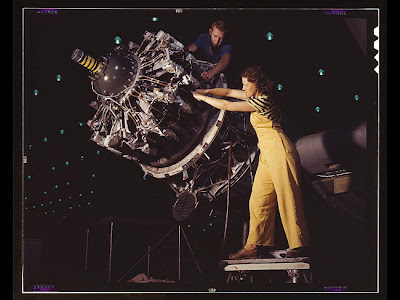 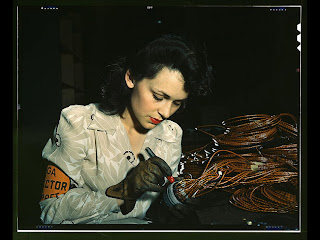 Woman aircraft worker, June 1942
pic David Bransby
﻿These photographs were taken by the US Farm Security Administration and the office of War Information during the depression. For more really wonderful pics like this check out the official flickr.stream here I had to make a huge effort to stop myself from uploading more photos...please try to make time to have a look you will be really glad you did.
I suppose now would be a good time to show you today's Life in Australia pic, it's another good one 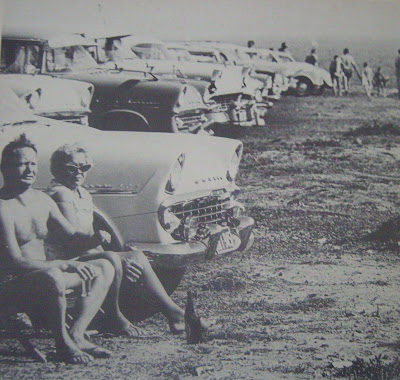 Beach, Melbourne
pic Brian Mc Ardle
love her groovy sunnies and the King Brown in the foreground (King Brown is Aussie slang for a large bottle of beer!)
I know I promised you a nice fat post today but I think this one is verging on obesity! There's more but I'd better save it for another day...thanks for making it this far!
But before the big tea towel unveiling (ha!) I just have to show you what I drove past a few days ago 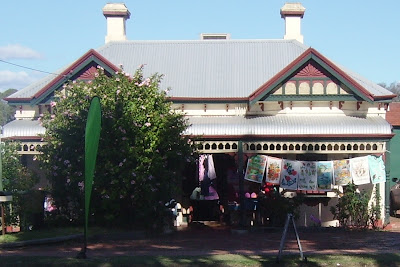 ...vintage tea towels hanging on the front veranda of this little shop. I slammed on the breaks and took a quick pic to share. Love it!
Here's tea towel du jour 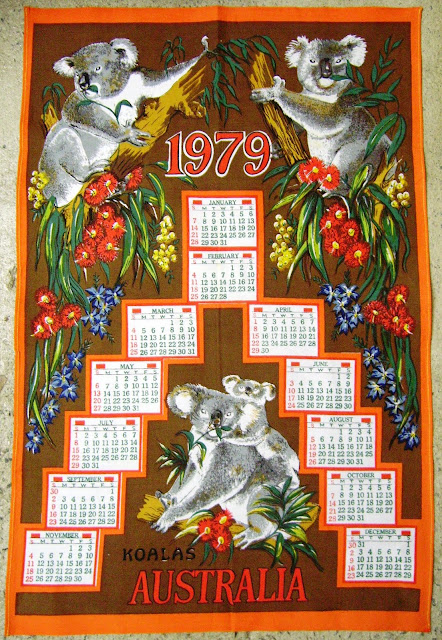 I really like this one...the koalas, gum blossoms and wattle... as I'm about to hit the publish button the phrase that comes to mind is "less is more" Oops!
Posted by Kylie at 5:56 PM