I know, a few days ago I make a grandiose announcement to the world (ahem!) that op-shopping and I are almost over. On the verge of breaking up. A few treasures later and we're falling in love all over again!

I reckon you'd weaken too if you found stuff like this: 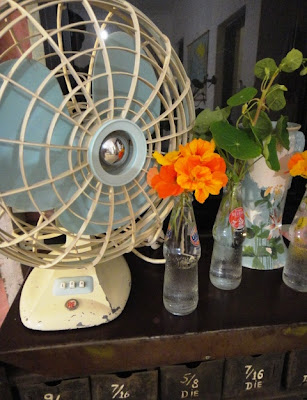 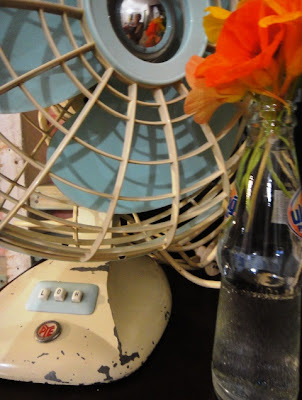 You would, wouldn't you? 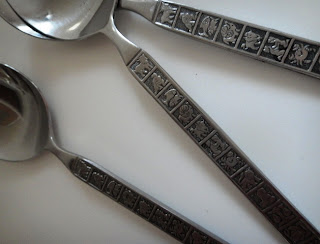 I think we had some of these zodiac 'teaspoons' in our cutlery drawer when I was a kiddo... 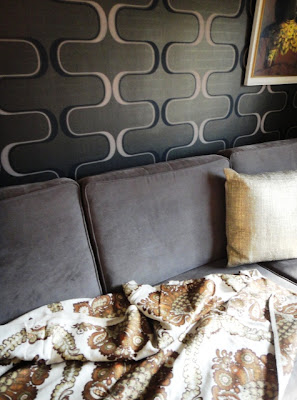 How to transform an ugly couch? 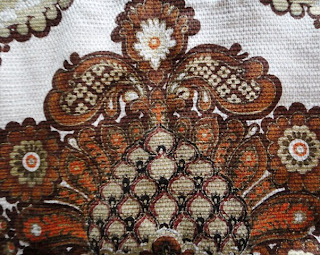 cover it with this. 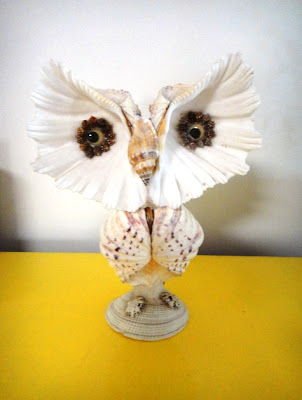 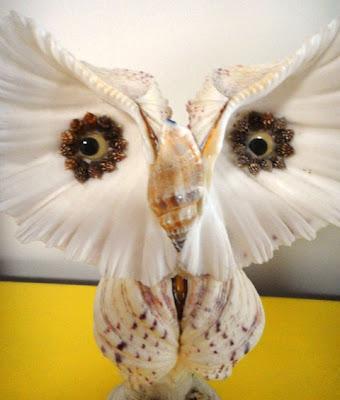 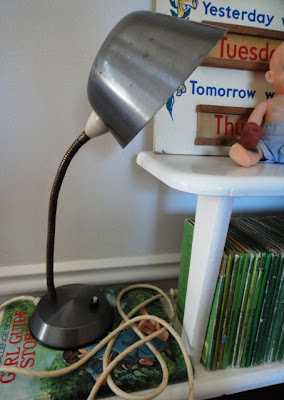 For my new desk

Anth is going to build me one when he gets home. Hopefully it'll look a bit like this (in case you're curious) 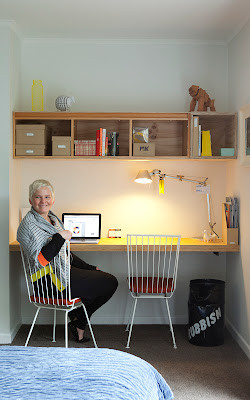 (unfortunately I can't credit this pic, I've had it saved for ages and cannot remember details. Sorry. I love your work though, whoever you are...)

EDIT: This is Kate Alexander's desk. You were right Sally, it does belong to a Kiwi - thanks for tweaking my memory.
Found via the always interesting, Studio Home.

The lamp has a very cool label 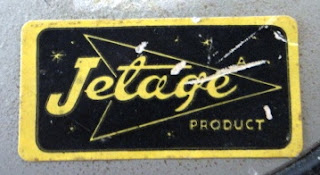 Won't it look good on my very cool desk? (the pressure's on, Anth!) 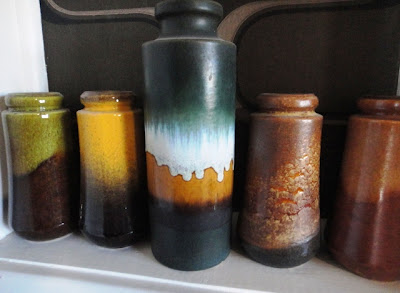 We've had these handsome chaps for ages. My first West German, the one that started it all, is second on the right. Twenty cents, school fete, but I had to pay big bucks for it's newest contemporary, 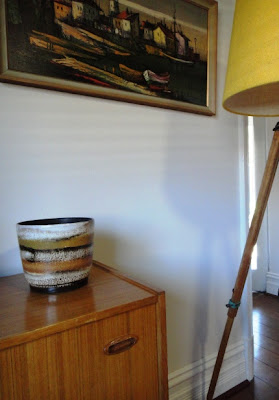 this planter (ten, in fact). There was quite a bit of ummming and ahhhing involved before I bought this baby...I thought a tenner was a little bit steep, you? 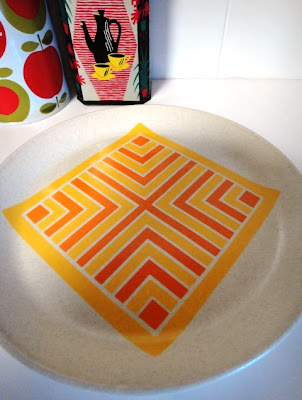 The best design on a Johnson of Australia plate I've ever seen! 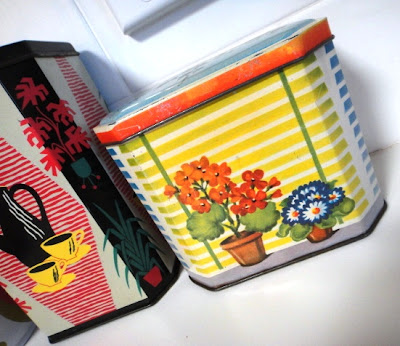 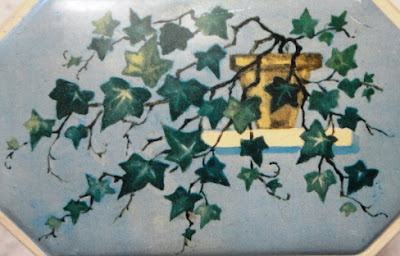 its lid, which I love. 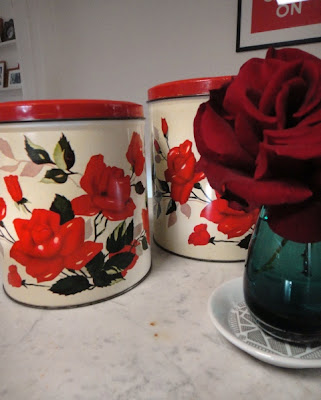 Just some of the reasons op-shops and I are on again. To be continued...