That's what a friend of mine said when she saw my most recent splurge, this gorgeous 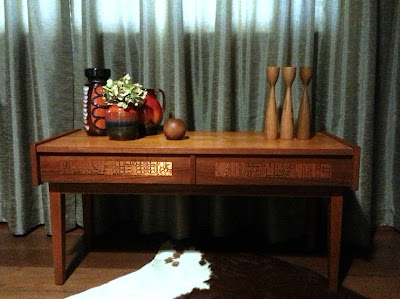 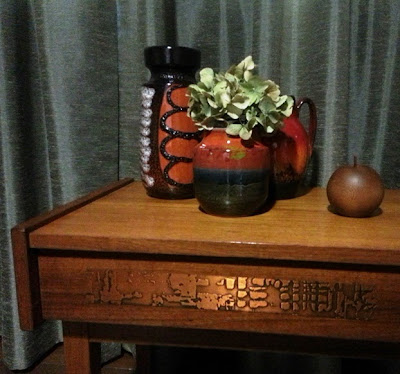 Teak, plus those lovely, Brutalist copper inlay panels on the drawers, definitely equals gold in my opinion, but I know it sat in the shop for at least a year (because I've had my eye on it for that long!) so maybe I'm the only one who thinks so...
Apart from:

my friend who came up with the whole teak, copper, gold equation - obviously!

Anthony who says he likes it too,

and its newest fans, that's you guys! Right?!)
I bought it from Revival Hill, a shop in Perth that offers a good selection of mid century vintage furniture and homewares. If you're hunting for a vintage Danish sideboard here in the West, this is definitely the place to go to (although it can be a bit overwhelming because there are so many nice ones to choose from). 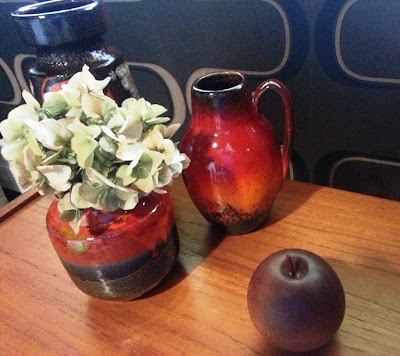 Like my little teak apple? I picked it up a few days later from Industriart - actually it was a freebie from Veronica who runs the show there - but I did buy the adonised planter you can see in the pic below 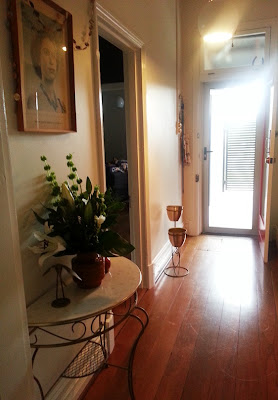 I know it's not the best pic, but I'll take another one when I pop some plants in it.
Btw, my favourite thing in Industriart at the moment is a beautiful Noblett 60's teak tea trolley (I'm mentioning this just in case you're on the hunt for one - I keep thinking about it, so pop in and buy it before my resolve not to, wavers)
My flowers (last week's splurge) are still looking good - admittedly I've had to pluck out a few droopy looking tulips, and ditch most of the freesias and roses, but the lillies have just opened and their perfume is heavenly. 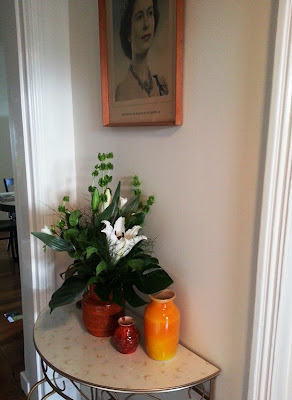 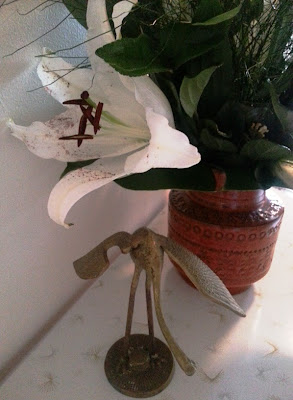 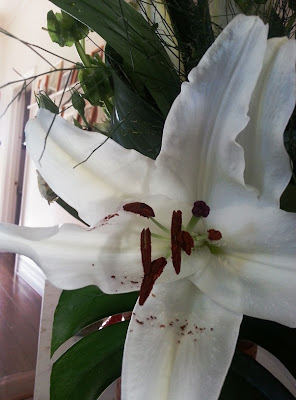