(Obviously) I haven't been here for quite a while, but if I try to explain the reasons behind my absence (all of them as boring as bat sh** anyway) I'll give up before I get started.
So I'm just going to...get started!
If I come up with a half-way decent post of (almost) any description I'll be happy and if I don't...well, you'll never ever know, will you? That's the beauty of this gig. Ha!

You wouldn't believe how many times I've begun this post!
Deciding to take my blog out of the too hard basket was easy. Finding the words and actually doing it? Harder than it looks.

Didn't I just say I was going to get started?

Prepare to be underwhelmed.

After that sucky intro please forgive me if I just bung a few photos up. These were taken on the Labour Day long weekend (last weekend here in the West cause we like to do things differently here!) in Bunbury (home of the awesome Marlston Hill Lookout Tower.  Remember?).

We stayed at the Lighthouse Inn, built in 1976. 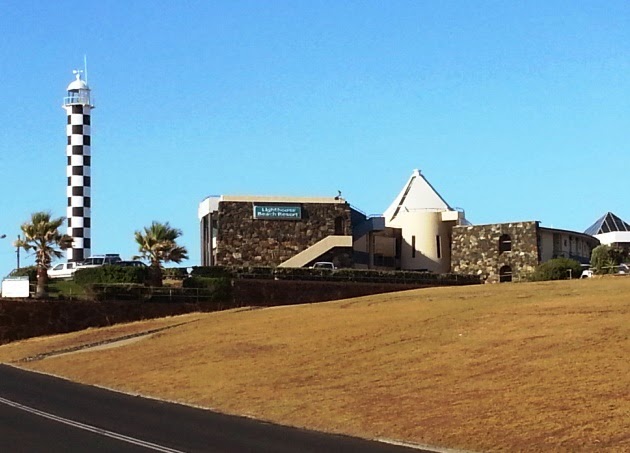 Although parts of it have been renovated we stayed in an original - apart from a lick of paint and a few new tacky prints hanging on the walls, retro-ish room. The bathroom had a feature tile which I got very excited about 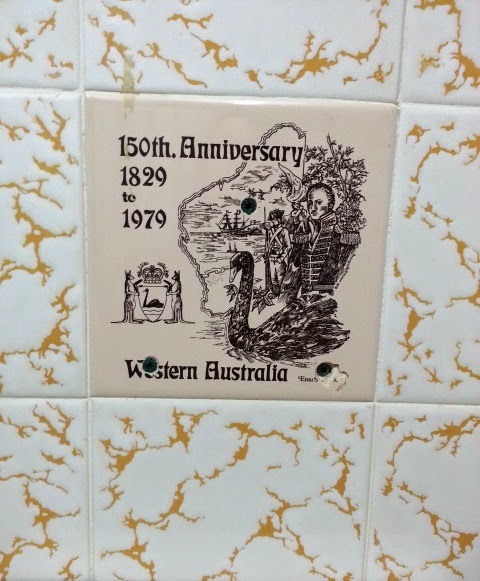 the other tiles aren't too shabby either.
(my best friend at the time had these in purple in her bathroom)

I was 14 in 1979! That year we all wore 150th Anniversary pins (stylised swans) on the lapels of our blazers to school. We thought we were pretty bloody special which is completely lame, but quite sweet too when I (you?) think about it.

Granite feature walls are a big deal at the Lighthouse Inn. I think they are gorgeous. 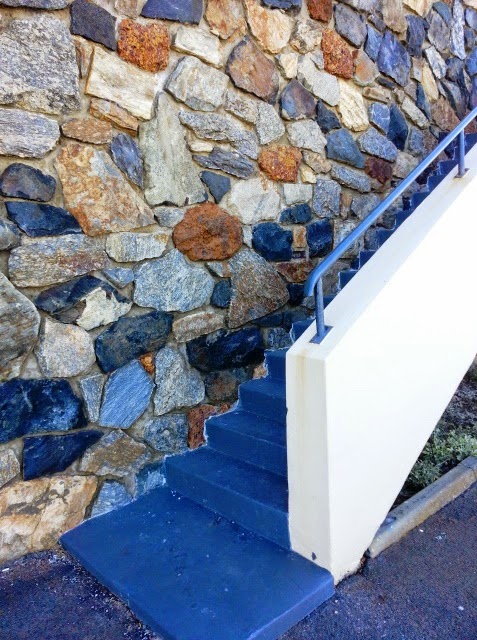 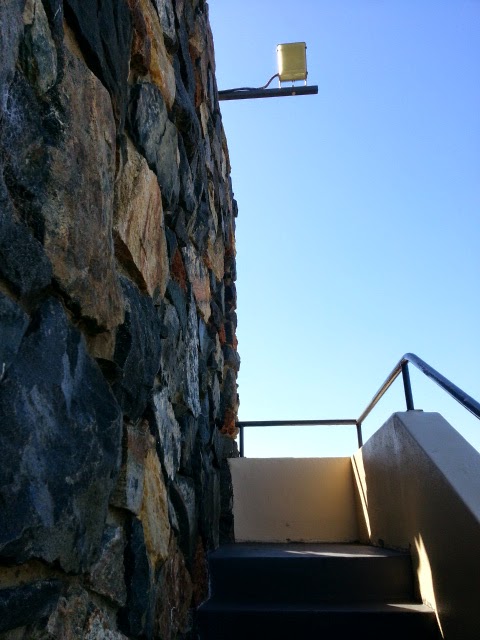 Speaking of granite walls, check out this baby!

These steps lead up to a completely under-utilised viewing deck 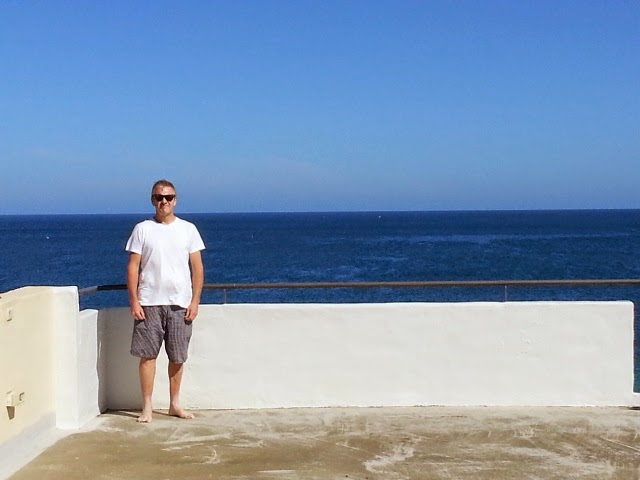 it would be a spectacular place to sip a drinky-poo or two! That's the direction I'd be heading in if I was the owner... 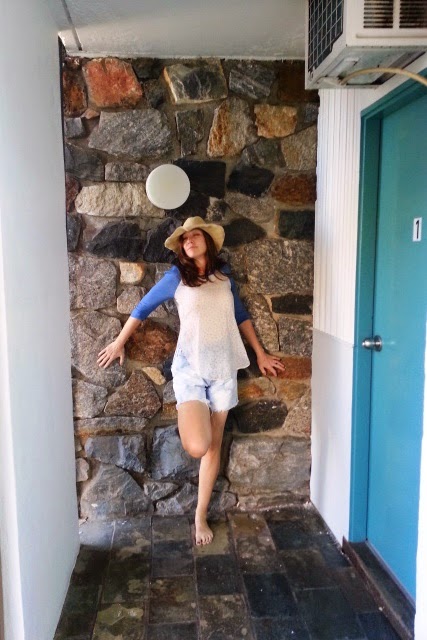 More granite just outside our hotel room.
(and me posing losering. Same big dag I was in '79 - back when I thought lapel pins were the shizz)

This was the view from our room 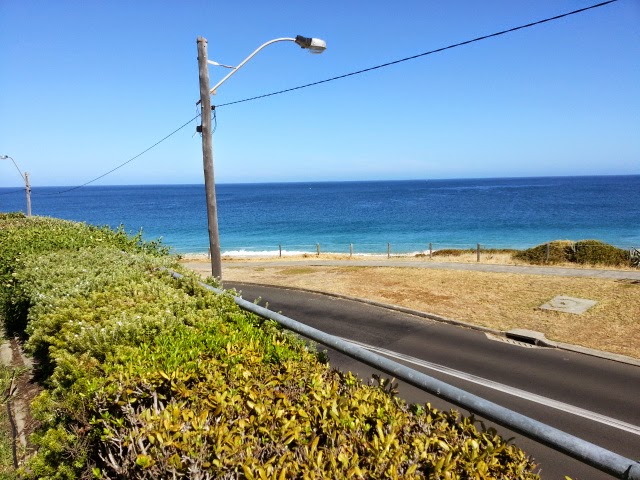 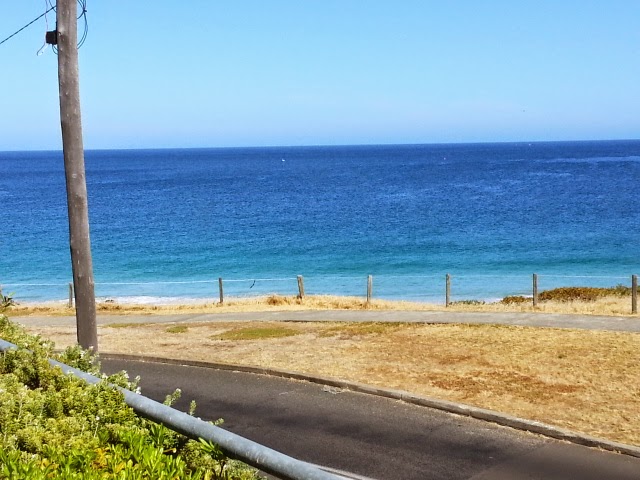 Honestly, open the sliding glass door, cross that little road and you're there! In heaven (again).

Lighthouse Inn even has it's very own, mini lighthouse! 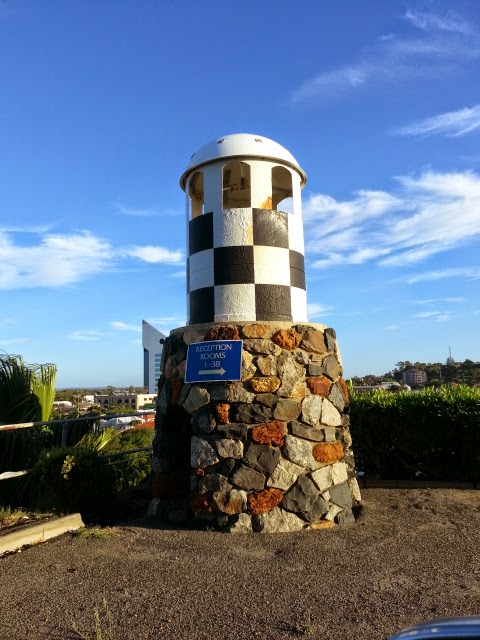 And now for something completely different architecture-wise

(this is just one of many awesome buildings in Bunbury that had us oohing and ahhing. Click this link to St Boniface Cathedral - it had us (me) drooling too) 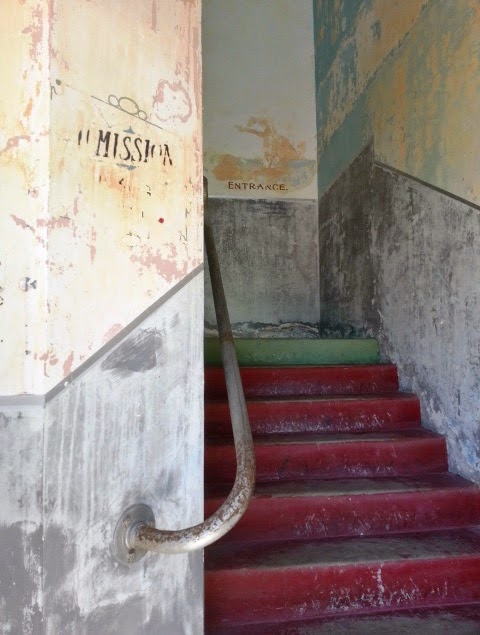 This is the entrance to Darkroom Concept.

Located in the former Lyric Theatre on Victoria Street, Darkroom Concept is a shop that (to quote their website) doesn't sell anything "lame or wanky"!
Nothing for me then!

The Lyric Theatre was built in 1905 but remodelled in 1937 - which accounts for its beautiful art deco facade.

I was a bit iffy about going inside because I knew it was going to be one of those places where I'd feel just like I did at fourteen (awkward, uncomfortable and here's that word again, daggy!).
I'm so glad I manned up, got over myself and went inside because it was amazing. 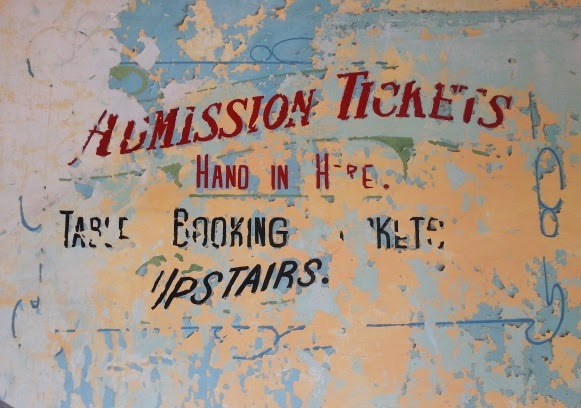 Anth reckons these signs aren't original (I was too much of a chicken to ask!) but even if they're not, I still think they're lovely. 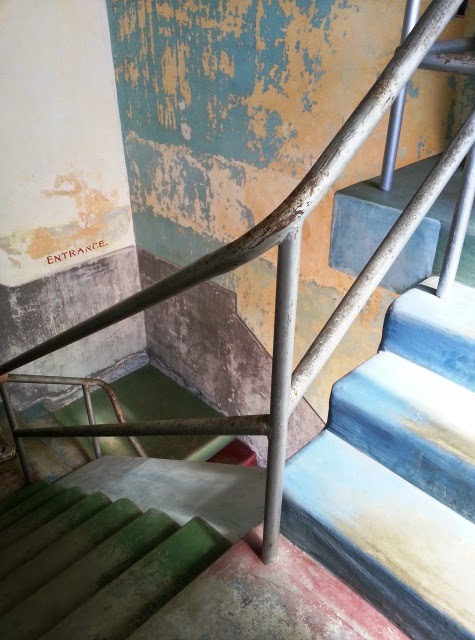 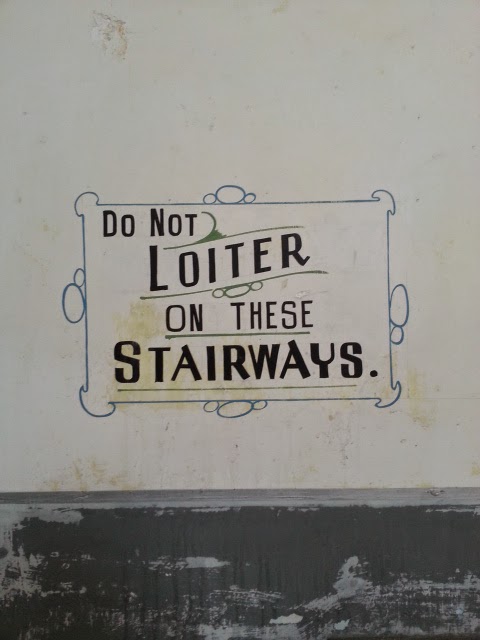 It was very hard not too. Loiter. 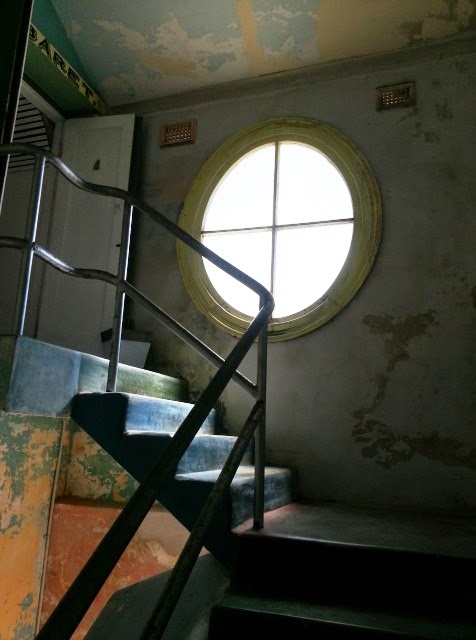 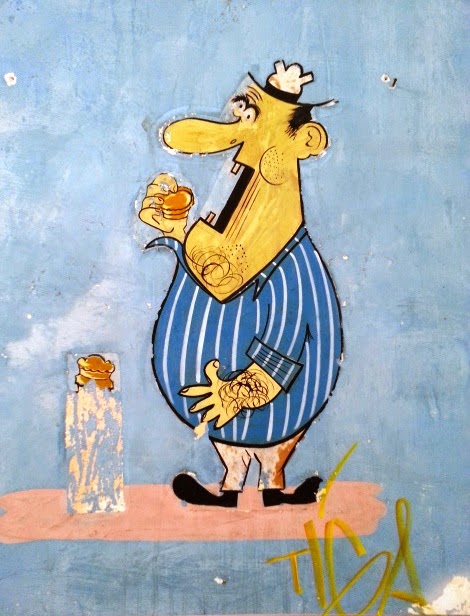 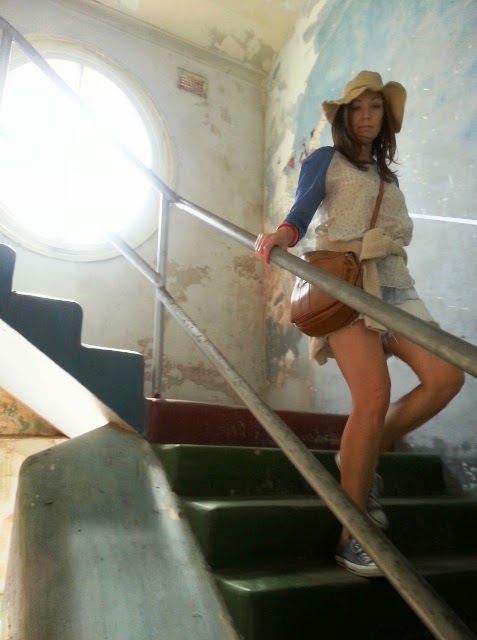 Another really bad photo of me to add to the archives to end. Sour puss? More like "quick Anth, take a photo before they see!" (they were very nice actually)

Fin until next time. If there is a next time...and thanks for reading. I know the photos aren't the best and the writing is lousy. I aim to improve as I go along.  x

p.s. do you like my Oroton handbag? I found it on the side of the road during our council verge collection last year! The beautiful things people throw away! Crazy!