Yesterday Anth and I hit the big smoke and got all cultural at the W.A. Art Gallery's tribute to Modern Art: Picasso to Warhol Fourteen Modern Masters. * 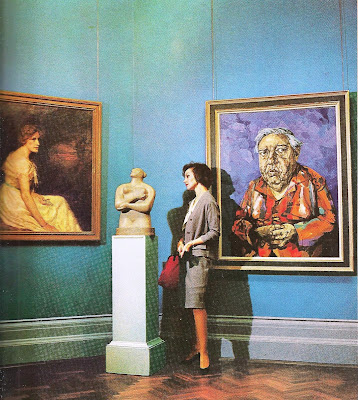 "For the novice, modern art is not nearly so terrifying or so grotesque as it may seem at first."
(Pic and quote from my latest op-shopped treasure, Womans World - can't find a publishing date on this, but I'd guess late 50's.)
It was an amazing exhibition, breathtaking even. If you live in Perth and love 20th Century art etc you must go. Over 100 masterpieces are on show by 14 of the most iconic artists of the 20th Century (paraphrased from the official blurb)
Here are some of our favourites 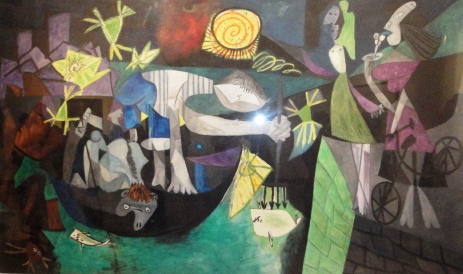 Night Fishing at Antibes, Pablo Picasso, 1939.
Forget about hanging this on a wall, I felt like diving into it! 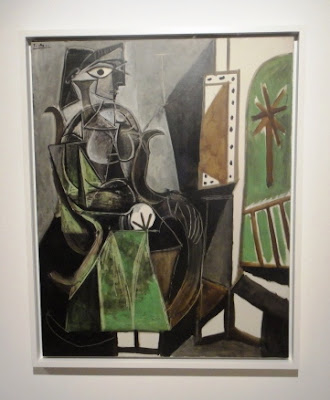 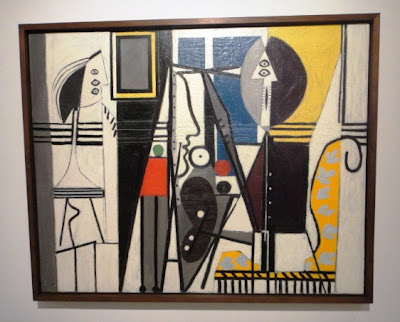 Painter and Model, Picasso, 1928.
(It was about here I had an altercation with art gallery security for using flash photography! O-Oh!)
We both love, love, loved this by Matisse 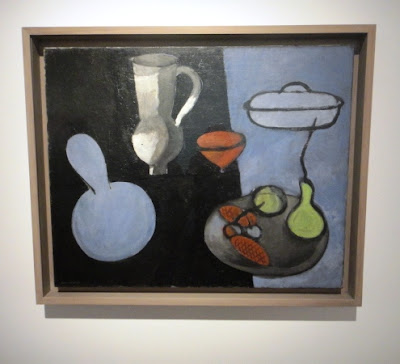 Gourds, Henri Matisse, 1928.
"We would suggest that you view modern paintings, whether resembling something you know or just an abstract pattern, with your feminine intuition. Say to yourself, "Does it stimulate any reaction? Does it soothe me or annoy me?" (Womans World)
This one soothed 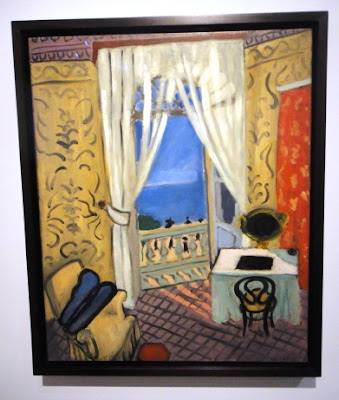 Interior with a Violin Case, Mattise, 1918-1919.
Some artists were less familiar 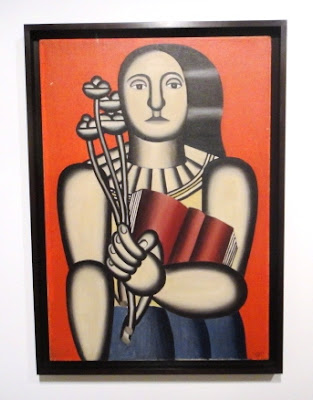 Woman with a Book, Fernand Leger, 1923.
I especially liked his 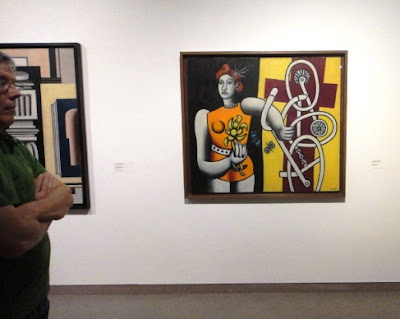 Big Judy!
(I can't remember the details - sorry. But isn't it fab?  Apologies also to the stranger in the photo)
And Anthony, this 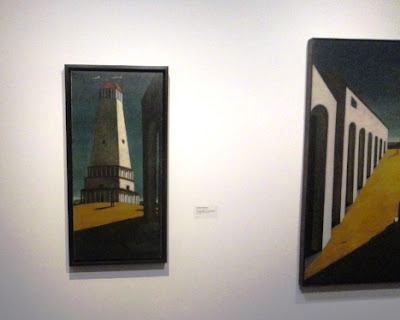 The Nostalgia of the Infinite, Giorgio de Chirico, 1912-1913.
(Catchy title, no?)
I took oodles of photos and was moved by all of them in some way.
"The greatest condemnation of any modern painting is that it leaves you completely unmoved" (Womans World)
And, also in reference to the (hilarious!) notes in Womans World, none of them annoyed me.
I'll end with the Warhol's, our least favourite artist of the 14,  (but I think that's purely to do with over-exposure to his work) 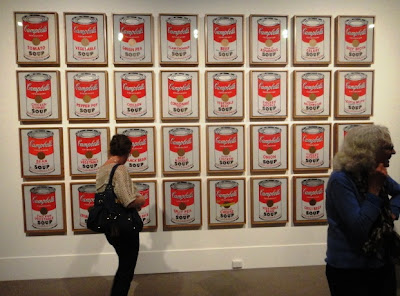 Campbells Soup Cans, Andy Warhol, 1962.
I would like to try 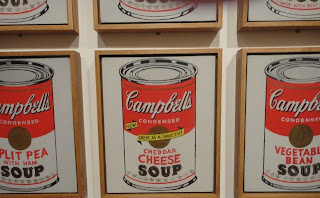 Cheddar Cheese Soup, would you?
﻿ 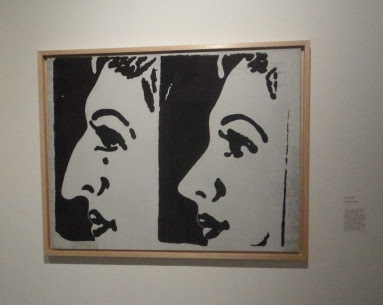 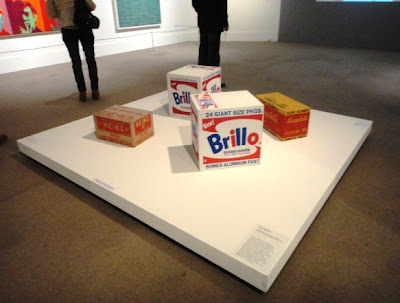 Brillo, Warhol, 1964.
And here I am in a cute little cafe called Little Willy, it's on William Street in Northbridge. You could go there for a coffee after you've been to the gallery...
﻿ 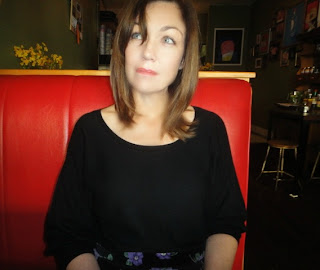 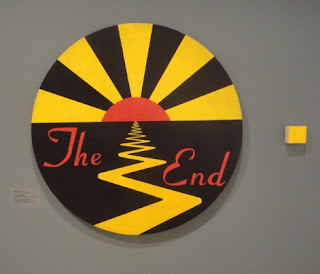 Tom Gibbons. Born in Lancashire 1928, died in Western Australia 2012. Not in Picasso to Warhol, but I like it just the same x
p.s. you can be sure I'll be trotting out more little gems from Womans World, down the track.
* until 3 December.
Posted by Kylie at 6:31 PM