Fake It Till You Make It 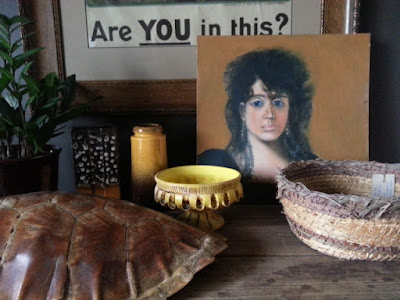 Dear Ron,
I think your little nod to Goya's Antonia Zarate is lovely.
IMO you've done the Old Master proud. Antonia's eyes follow me around the room better than a portrait in a B grade Gothic horror flick. 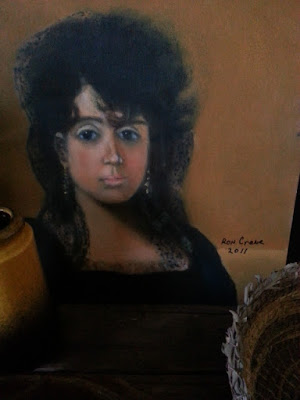 I just wish you didn't sign your name with a permanent marker! A little scribble in a bottom corner would've been so much nicer.
Love, Kylie 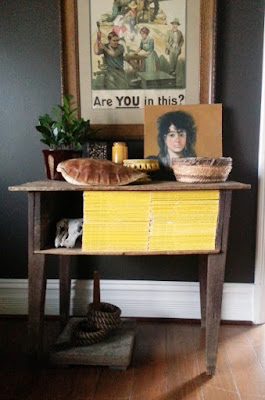 "Spanish Eyes" (portrait of Antonia Zarate 1805, after Goya) Ron Clarke, 2011. Two dollars op-shop.
Are You In This? Original British World War 1 recruitment poster. Anthony's Christmas present last year. Priceless.
The quoits were my Nan and Pop's and the primitive little table is from the Depression era.

Note: apologies for the preponderance of real estate posts. I know they're not everyone's cup of tea (and that most of the homes I've featured aren't either), but as I've mentioned before they're an easy way in and I've had fun writing them. I will write about other stuff - I'm not a real estate agent in sheep's clothing. Promise ;)

As always, thanks for reading x