"Who Loves Ya Baby?"

If you're talking vintage tea towels, in particular this one: 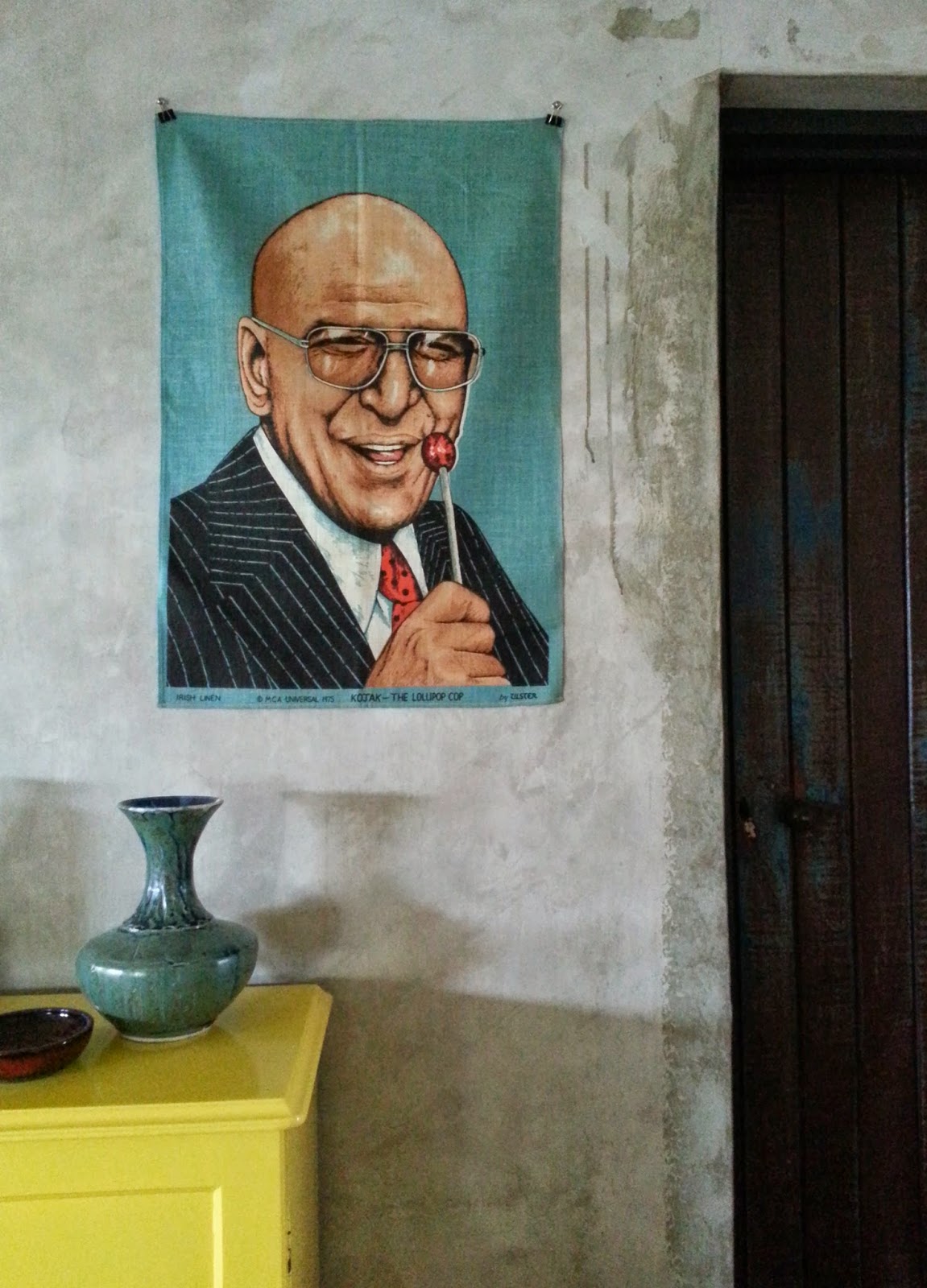 (I've used this quote before, I know, but I'm not sorry because I luff it)

Do you luff it (the tea towel and the quote) too?

As most of you know, I've got a lot of vintage tea towels, but I think it's safe to say, none of them are as cool as this one.
Anthony found it in an op-shop this morning. It cost ten dollars - a fortune as far as my expenditure on vintage tea towels is concerned - but worth every cent IMO. Yours?

My parents wouldn't let me watch Kojak when it was on telly (October 1973 - March 1978)
they thought it was too violent, the stuff of childhood nightmares etc (they had five kids - they needed their sleep!)
so I was at a complete loss when I started High School and saw all (well it seemed like that to me) the girls in my year sucking on Chupa Chups at recess. The rich ones, on two or three at once!
Sheltered and deprived, and jealous. That was me at twelve, watching the cool kids, munching on an...apple.
Feeling sorry for me? Well don't, because now I've got a Kojak tea towel, na-na na-na naaaaa! So suck on that...baby!

I'm sure the "who loves ya baby?" line was trotted out too. It all sounds a bit lame and cringe-worthy when I look back on it, but that's the way things were in 1978, until the Great Coca-Cola Yo-Yo Craze of '79.
(me walking the dog? yeah, right!)

Would you dry your dishes on a face like this? 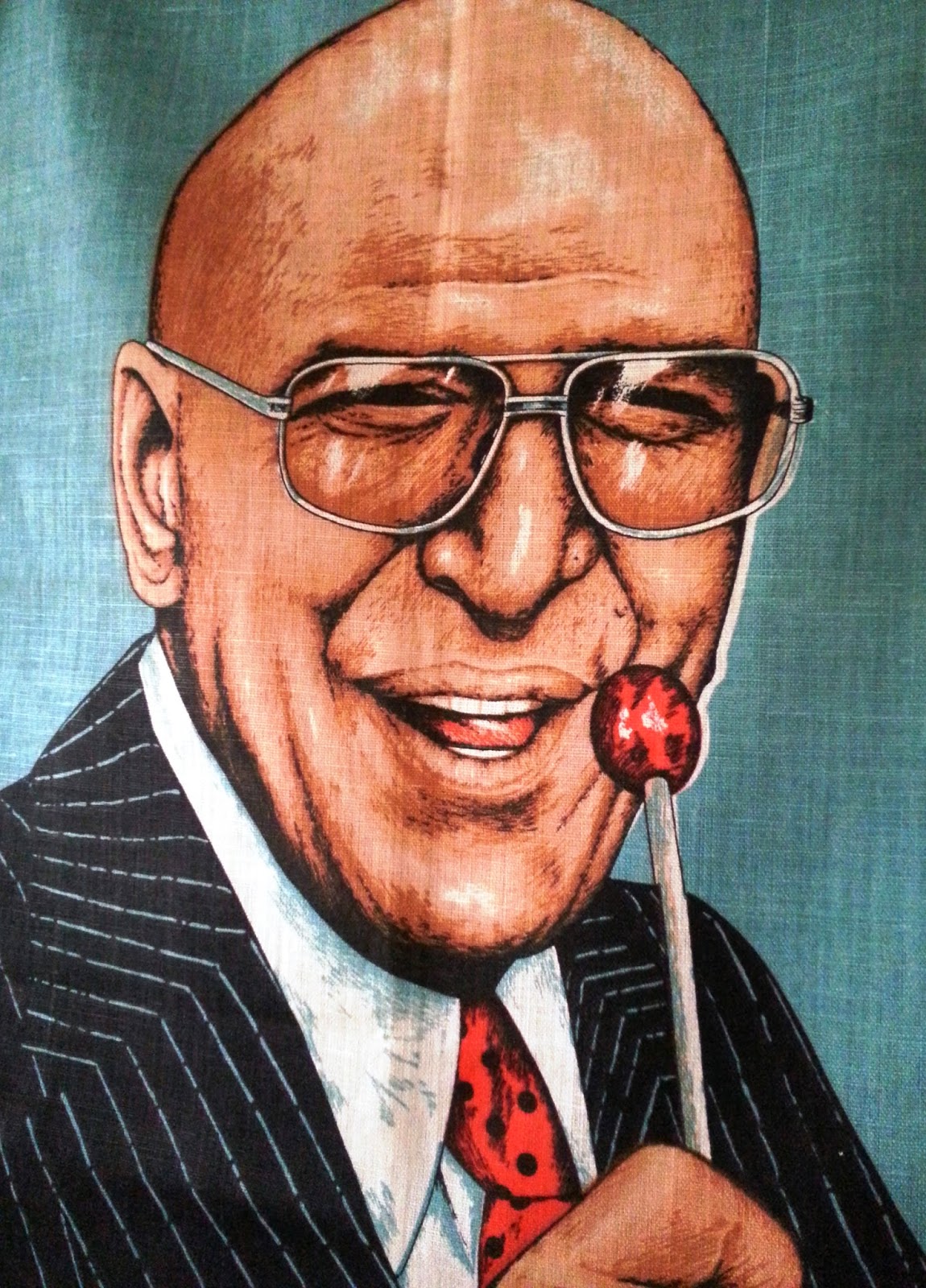 Thanks for reading, love ya baby(ies) x

p.s. did you know the Chupa Chups logo was designed by Salvador Dali? In 1969? Well you do now!