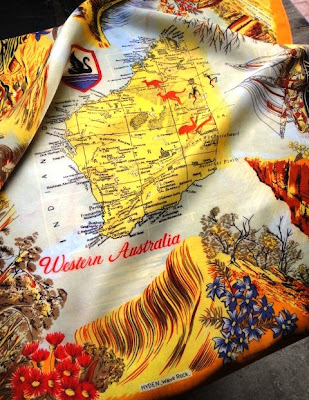 tag reads, by heil, all acetate, made in Japan
in a pile of linen so grubby and smelly, you could almost see the steam (or should that be gas?) rising from it. Really.

Sometimes though, you've just got to suck it up, quit lammenting the fact you don't have your trusty pair of rubber gloves on you (not really) and get stuck in there.
Courage has its own rewards * and all that, and this time mine was rewarded.

It was only then, sandwiched between the gorgeously kitschy, tea-towel-ish images
(this is not surprising because heil are the designers of many of my vintage t.towels)
of Pemberton and the Hammersley Ranges I noticed
this 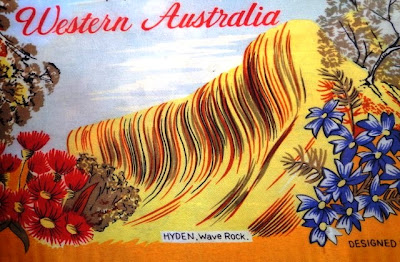 which reminded me I haven't shown you this: 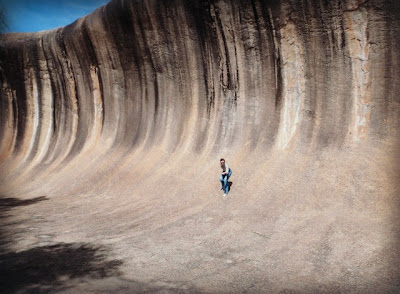 yep, it's me, riding the wild wave in Hyden
(catch up here and here)
and now...
(thank you scarf, for reminding me) 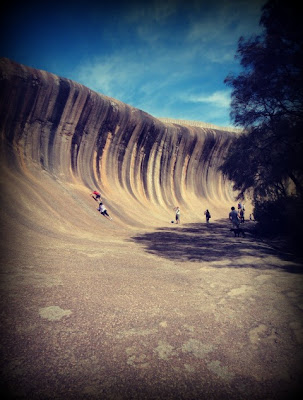 you know why they called it 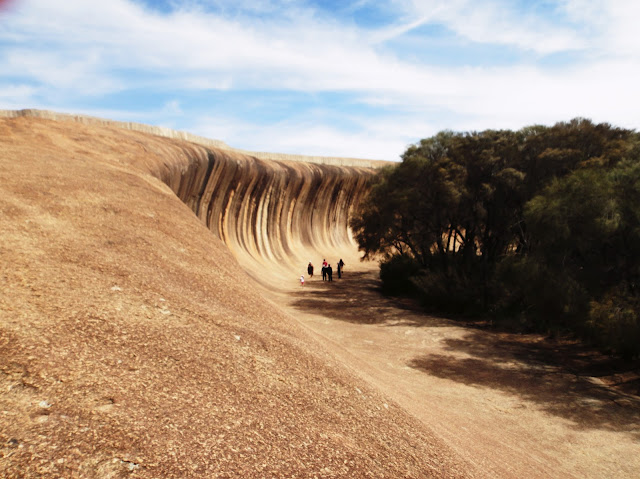 Wave Rock!
* this quote by Platus, should read "courage is its own reward"
Posted by Kylie at 7:44 PM