This post is bought to you by everyones favourite reindeer... 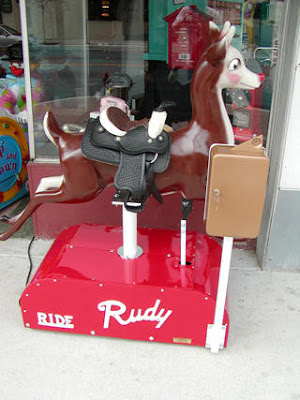 Rudolph
How awesome is this vintage Rudolph kiddie ride?
More info and pics here
x
I found this vintage tray at the tip shop last year 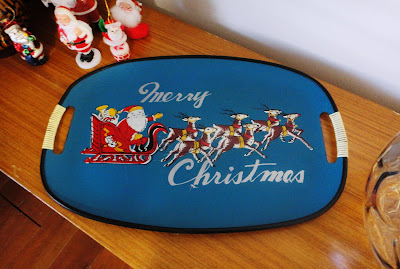 I'll own up now to drawing on Rudolph's nose with a permanent marker...that lead reindeer was crying out for a little dab of red don't you think?
I'm pretty sure these trays were made in Hong Kong (Father Christmas certainly has a touch of the Orient about him) Souvenir trays like this are a dime a dozen, I've seen loads of them around the traps, all with aqua backgrounds, but I've never seen a Christmassy one before, have you?
x﻿
In our family we don't give serious presents (read expensive) to the grown-ups. For example, this year I am giving my brother a vintage pottery Coopers beer stein (op-shopped) and a six pack of Coopers...not a bad present for a bloke, but after seeing this on Aesthetic Outburst I'm inspired to break out the glue gun and make it waaay more special... 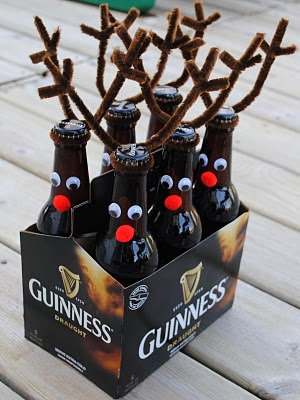 a six pack of Rudolphs!
don't you just love this?
so clever, so easy, so cute!
I know my brother will.
x
And here's another Rudolph-inspired idea you might like to try 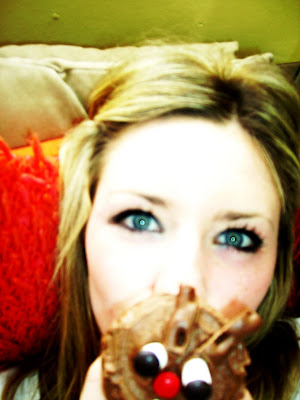 it's Adelaide and a Rudolph cup cake. I made these a couple of years ago and they were a big hit, especially with the kiddos. Self explanatory, so I won't go into details except to say I always use this recipe and that his antlers are made using pieces of Curly Wurly.
Adelaide is our very own Rudolph at the moment - she had sinus surgery on Friday and let's just say her nose would give Rudolph a run for his money!
I shouldn't joke, she's had a horrible couple of days and been very brave, poor kiddo.
x
And now to end here's Dino Martini
and a very cute vintage stop motion animation (even older than me!) to boot﻿.
As much as I love Dean's version it's missing the funny bits I loved as a kid, you know: "like a light bulb" "like Monopoly" etc etc. I thought I was hilarious when I sang those bits in my loudest voice...I was a big dag, still am probably... 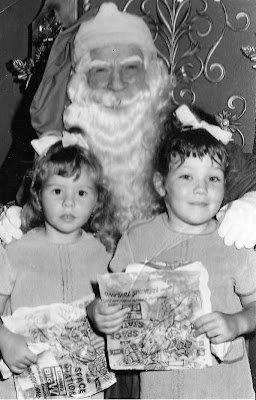 told you (that's me, the smug kid on the right)
x
p.s.
Rudolph the Red Nose Reindeer was written by Robert L. May and first appeared in print in 1939, the song was adapted by his brother-in-law, Johnny Marks in 1949﻿ 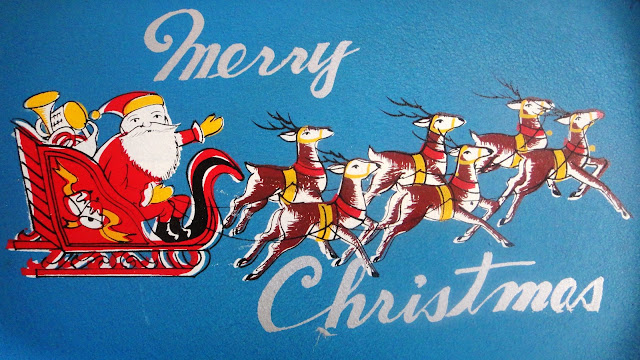